What Your Mucus Means 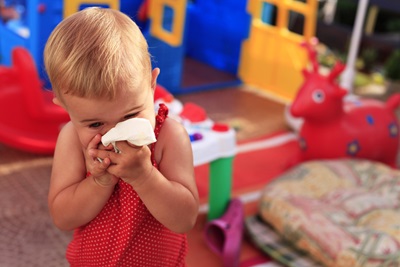 We have all sniffed, snuffled and snorted our way through boxes of tissues and maybe even a sleeve or two. But did you ever stop to think about what your mucus means? Believe it or not, the color of your mucus can tell you a lot about what’s happening inside your body. What comes out of your nose is a water-based fluid that’s found all over our respiratory system, which includes your mouth, sinuses and lungs. While kids may be amused by a nice, big green booger, this is not an acceptable color for everyday health. Let’s learn about the different colors of your phlegm and what they mean for your body:

Clear: Just an itchy nose when your tissue comes up clear after a big blow. Mucus is basically water with proteins, antibodies and dissolved salts.

White: Feeling a little congested? When the nasal cavity is stopped up, the tissues become swollen, which slows the passage of mucus. This causes it to get thicker and cloudy or white.

Yellow: There’s a battle going on inside you. Your infection-fighting cells and your white blood cells are working to combat a microbial infection. Those cells that are defeated in the heat of your infection get picked up by the mucus, turning it yellow.

Green: Your white blood cells have taken this infection into the 12th round. The mucus has become thick with dead white blood cells and other remains from the battle. A color like this may be a sign you should see your doctor.

Pink/Red: This may be a sign of blood. A red tinge may occur when tiny blood vessels in your nose break from frequent nose blowing, coughing or from dryness or irritation.

To thin down mucus or to loosen phlegm, drink plenty of hot or cold liquids, or take a hot shower. Nasal rinsing with warm water may also help flush out congestion to make breathing easier. While this rainbow palette may indicate what’s going on in your respiratory system, it’s not a diagnosis. If an infection is present, the color of the phlegm doesn’t determine whether a virus, a bacterium or another pathogen has caused it. Some allergies may also cause changes in the color of mucus. An influx of mucus or a change in color, in coordination with other symptoms like fever, chills, coughing or sinus pain, means you should visit your doctor.