Recommended Vaccines for Back to School 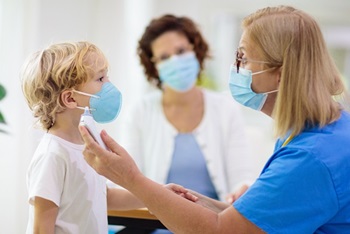 School is about to begin again. Back to school means new pencils, fresh notebooks, a new lunch box and a wellness checkup and review of your vaccine history to make sure your child is protected from illness. Immunizations are designed to stimulate the immune system to produce antibodies, just as if you were exposed to the actual disease. Your immune system stands ready to immediately react to these bacterium viruses to prevent your body from getting the illness that you are vaccinated against.

Vaccines contain proteins from these germs that allow your immune system to recognize the germ as an invader.

There are several types of vaccines administered today. One vaccine type is an attenuated live virus, which contains a live virus that’s been weakened during the manufacturing process. Another vaccine type is an inactivated virus, which contains a virus that’s been killed so that it doesn’t cause disease. Other types include proteins, which are only a portion of the disease causing bacteria, such as those used in tetanus or diphtheria vaccines or a recombinant, which is genetically engineered.

According to the Food and Drug Administration, vaccines have contributed to an overall reduction in childhood illnesses as well as less severe illness. Vaccines for diseases such as polio and smallpox have also contributed to the elimination of such diseases in the United States.

Here are the recommended vaccines given to school-aged children:

Based on your child’s age and medical history, recommendations may vary. You should review the vaccine information sheets and talk to your pediatrician about the benefits and risks of all vaccines. Dr. Kristine Rietsma talks about the facts vs. fiction when it comes to the safety of childhood vaccines in her BayCare HealthChat podcast.