What's the Difference Between Impotence and Sterility? 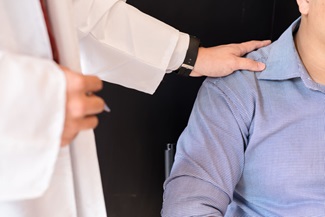 With the wide availability of erectile dysfunction (ED) medications (and even TV and radio commercials to advertise them!), ED has entered mainstream conversation. At least, as long as it’s someone else’s problem. Unfortunately, men still have a hard time talking about ED, and may even assume that having trouble keeping an erection means that they’re sterile or infertile. But these two conditions aren’t the same thing.

Impotence, which is another word for erectile dysfunction, simply refers to difficulty getting or keeping an erection that’s firm enough for sexual activity. Sterility or infertility means that the body doesn’t produce “good” sperm—that is, not enough sperm are produced, or the sperm don’t function as they should. As one doctor so eloquently put it, “You can raise the rifle, but you’re shooting blanks.”

Talking to your doctor about erectile dysfunction

If you’re experiencing ED, then you should know that you’re far from alone. There are about 18 million men in the United States who are also experiencing the same problem—it’s just that most of them think they should be ashamed or embarrassed about it. That’s why they don’t speak up.

Here’s why you should speak up about ED:

Talking to your doctor about male infertility

If you and your partner are trying to get pregnant, the thought of infertility can put a strain on even the strongest relationships. If you think that your sperm count or quality could be contributing to the difficulty, then it’s important to speak with your doctor sooner, rather than later. In many, many cases, there is a relatively simple physical cause that can be treated, such as:

The worst mistake you can make is to stay silent and hope the problem goes away on its own. Your doctor’s job is to work with you to get you healthy, and to keep you that way—your openness and honesty will make their job that much easier.