When Will I Feel My Baby? 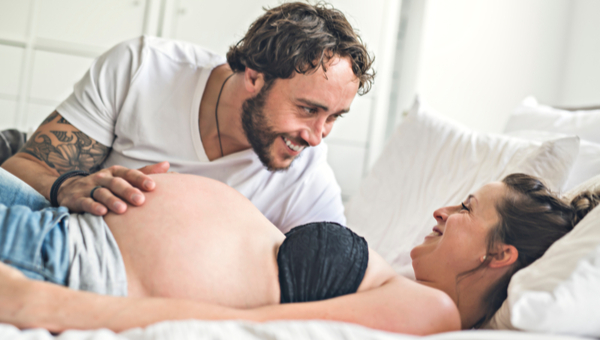 Your little one is already moving his arms and legs, flexing and stretching and swimming around inside your belly. But, because he’s still so tiny, you can’t feel any of these movements just yet. When you do, it’ll be incredibly exciting—maybe even more exciting than hearing that first little heartbeat. You already know he’s in there, but actually feeling that life inside you will be breathtaking.

So, when will I feel my baby?

You’ll probably start to feel fluttery movements, called “quickening,” somewhere between 18 and 25 weeks (or earlier, if this isn’t your first pregnancy). These feel sort of like bubbles popping and, at first, it may be hard to tell the difference between your baby rolling around and the burbling of your lunch being digested. But, before long, you’ll become a pro at telling an elbow to your ribcage (kinda hurts) from a foot on your bladder (really gotta pee!).


When is baby most likely to move?

All babies are different, but for the most part, you can expect your little one to be rocked to sleep as you move about your day. You’ll be more likely to notice movement:

Should I worry if I don’t feel my baby?

No, not right now. There’s so much variation in movement at this stage of your pregnancy, that there’s no reason to worry about how much your baby moves. In a few months, your doctor will give you some guidelines on how often you should feel movement—but, in the meantime, just enjoy it!