Caring for the Whole Person

But ignoring the community’s mental health needs is not an option for BayCare, which is committed to caring for the whole person.

BayCare Behavioral Health offers the full gamut of services, from conducting educational workshops for the public to accompanying police as they attempt to rescue mentally ill individuals from harmful situations. BayCare positions mental health interventionists in courtrooms, schools and emergency rooms all over the community. It provides both residential and outpatient care through programs designed to provide whatever level of care a person needs to get better. 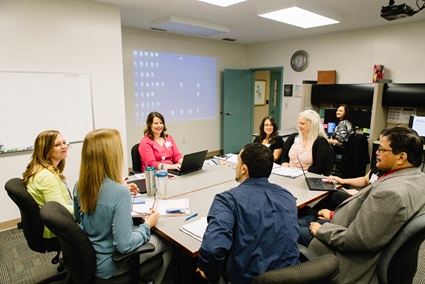 “The population we serve suffers from the greatest disease burden,” said Dr. Nick Dewan, Behavioral Health director and chief medical officer. “We serve patients who also are fearful of getting care, may not want the care, and who get labeled and blamed for their illnesses.”

BayCare’s Student Assistance Program, created after the Virginia Tech mass shootings in 2007, offers confidential assessment, referral and short-term counseling services for approximately 300,000 students attending colleges from the Florida Panhandle to Palm Beach County and in a few other states. Students have 24/7/365 access to mental health professionals when facing personal problems that could affect their academic success and overall well-being.

Every day, BayCare Behavioral Health provides services to thousands of people in the bay area and beyond.

“We have an army of people who know how to do this,” said Gail Ryder, BayCare’s vice president of Behavioral Health Services. “It’s a vast program.”

A Godsend for Me and My Family

Kim and all four of her young children were at home in Pasco County on the awful day in 2011 when her husband collapsed and died from a massive heart attack in front of them.

Kim admits that the years since have been chaotic.

All of her children, who are now 15, 13, 11 and 9 years old, have medical issues. And her 13-year-old son has been treated for behavioral health problems that began soon after his father died.

The boy began lashing out, and each year his anger seemed to grow. He was in therapy, but nothing seemed to work.

Kim was desperate for answers. “I just don’t want to fail my kids,” she said.

She got help from BayCare’s Pasco Community Action Team (CAT), an intensive, state-funded program that serves youths ages 11 through 21 who have serious behavioral health issues not helped by traditional treatment.

The team includes case managers who tackle any immediate crisis gripping the family, such as a loss of housing or expulsion from school; a nurse who reviews the child’s medications, sleep schedule and nutritional needs; and a psychiatrist, therapists and mentors. The entire team gets together four days a week to talk about each child’s progress and needs.

“We do whatever it takes,” said Jenine Martin, who coordinates the Pasco team. “We don’t lose these kids. We aim everything we have at that child and family.”

The Pasco CAT worked with Kim’s son for almost a year, and CAT’s male mentor helped him vent his bottled-up emotions about his father’s death. Now, he is less angry and aggressive, Kim said, and shows remorse if he does wrong.