How to Make Sense of Height and Weight Charts 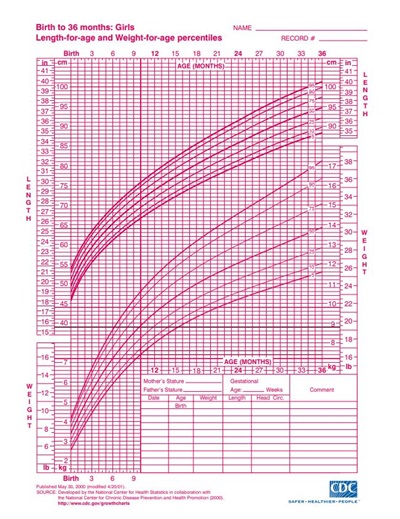 When you take your baby in for checkups with the pediatrician, she’ll be weighed and measured, and you’ll be given a height and weight chart that shows where your baby is compared to other babies. Sometimes, the doctor will just tell you your baby’s percentiles without printing out the chart.

What Do the Charts Mean?

The charts usually have a bunch of whooshing lines and curves that all head roughly in the same direction. These show average patterns of growth for children, and then what are called “standard deviations” from the average. These standard deviations are mostly used in statistics, so you don’t have to worry too much about that.

We’ll take the height chart as an example. Usually, the age will be shown at the top, and the height along the side. Your baby will be represented by a dot on the chart, which you can follow with your finger to see how it represents both her current age and her current height.

If your baby’s dot is on or close to the center line, then she’s about average in height. If her dot is on or near one of the bottom two lines, then she’s petite for her age. The line may show that she is in the 25th percentile, for example, meaning that she is taller than 25 percent of other babies. 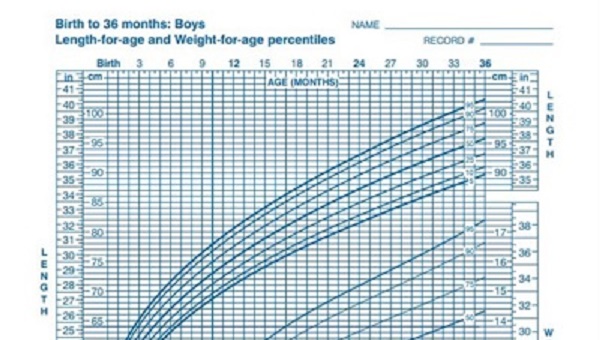 What Does This Mean for My Baby’s Health?

Doctors use these charts mostly to compare from month to month, to be sure your baby is growing as she should. There’s no need to worry about her being larger or smaller than the average—only that she’s growing and thriving. And, growth spurts can throw your child into a completely different height range next time, so even if she’s petite now, that doesn’t mean you have to give up your dreams of a little basketball player in the future.