What Is Radiation Therapy? 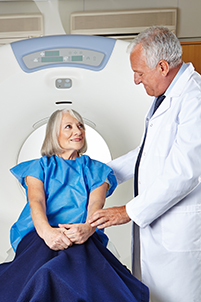 For some patients, radiation may be used to reduce the size of a tumor prior to surgery; this is called neoadjuvant therapy. Adjuvant therapy, on the other hand, involves using radiation after surgery to destroy any remaining cancer cells.

Potential acute (short-term) side effects of radiation therapy include:

Long-term side effects may include:

There is some risk that radiation may cause a second cancer to develop in a different area of the body years after treatment. However, The U.S. National Cancer Institute estimates that only about 8 percent of patients who undergo radiation develop this long-term side effect.

To learn more about radiation treatment and how you can have an informed discussion with your doctor about this therapy, review the American Cancer Society’s guide on radiation therapy.

BayCare offers state-of-the-art radiation therapy services throughout the Tampa Bay area so that individuals diagnosed with cancer can get the best care possible. Call (855) 314-8346 for more information or find a doctor near you. Find out more about radiation therapy at any of the following locations: