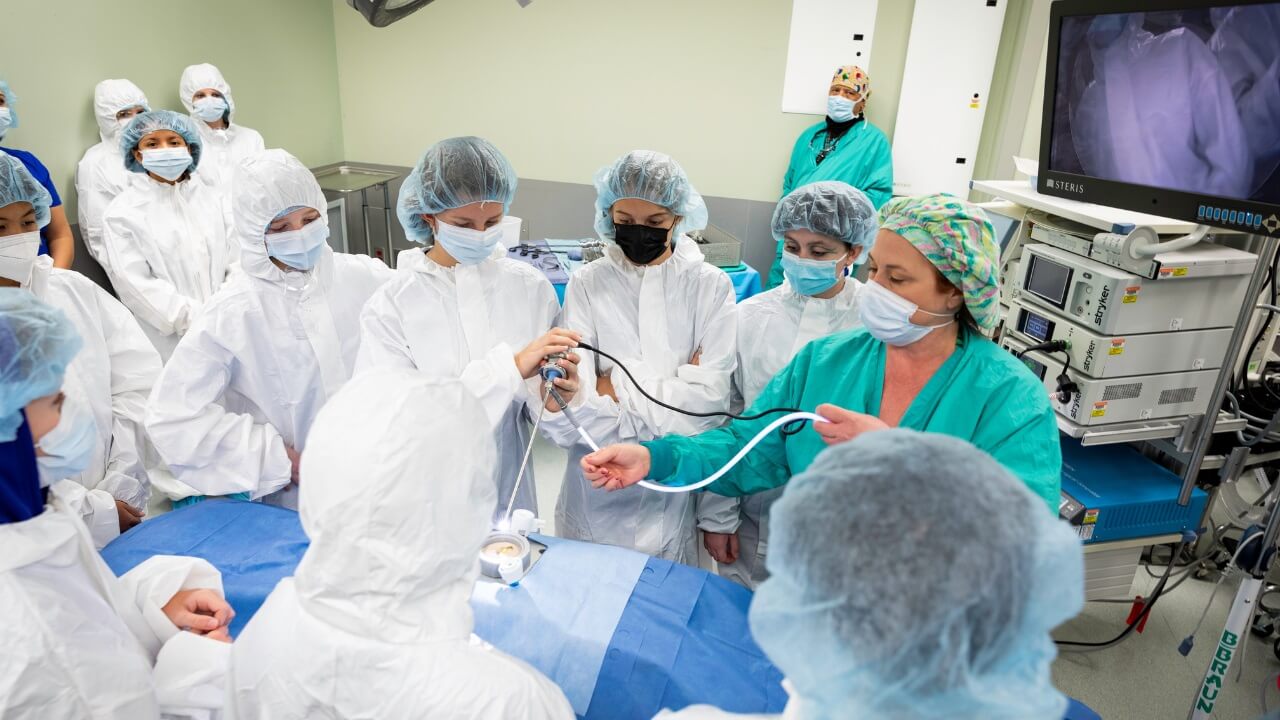 Kylee Kelly has been skydiving, and while exhilarating, she said it doesn’t come close to the adrenaline rush she gets from administering CPR.

Kelly, a 19-year-old patient care tech in Mease Dunedin’s ER, was speaking recently at Diane Rauch Camp Nurse Jr., a three-day camp at the hospital that offers opportunities for students to explore nursing and other health care careers.

Not long ago, Kelly attended the camp, but she returned this year to lead a session called “From Camper to Team Member.’’ She was animatedly sharing her real-life experiences with the young group, all of whom will be entering seventh or eighth grade in the fall.

“A respiratory distress was coming into the ER, a woman, and I got the room ready,’’ Kelly said. “I told my co-workers I wanted to do CPR. I saw Sunstar doing it when they came in, and then a nurse took over. My mom works in the ER, and she pushed me in there.

“It was an amazing feeling. The woman was in cardiac arrest, but she ended up living. I’ll never forget it as long as I live. My adrenaline was kicking hours later.’’

An hour or so after the presentation, this year’s campers were practicing CPR on manikins, the same way Kelly got her indoctrination to the lifesaving procedure. It was just one of many hands-on experiences they would be immersed in at the camp. 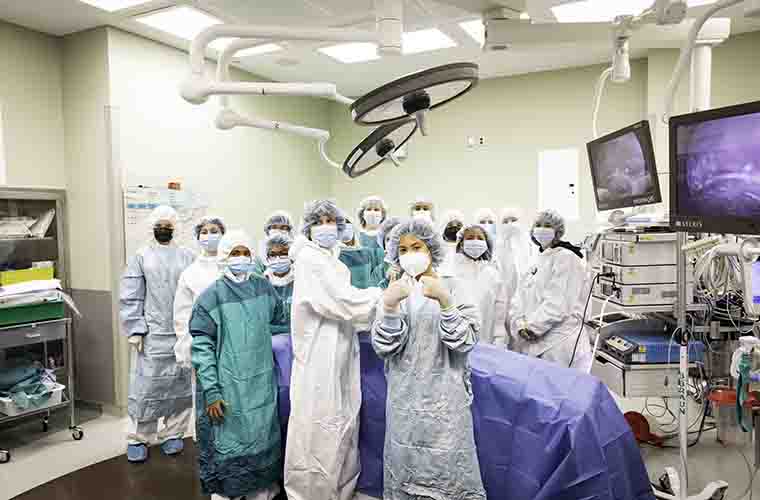 The OR presentation – in a real operating room at Mease Dunedin Hospital – is always a hit with students at Diane Rauch Camp Nurse Jr.

To name a few:

In the lab session, campers dressed in laboratory coats and donned surgical gloves and protective glasses. Each was given a specimen container with - not your average human urine - but blue “alien’’ urine in it. That’s more fun. They used pregnancy kits and tested the hcg levels for positive or negative results. They also learned the importance of troponin (heart attack) and glucose (diabetes) levels in the body.

In the OR presentation, the campers were brought to an actual operating room at Mease Dunedin, complete with monitors and a table full of surgical instruments. Everyone gowned up, including booties, caps and gloves, and each could take a turn during a mock laparoscopic procedure using graspers to remove pieces of candy from the “patient’s’’ abdomen.

During the respiratory therapy session, campers got to touch pigs’ lungs and learn how to intubate a patient. They also were introduced to vest therapy, which helps patients who have difficulty clearing airway mucus. Those who wanted to were able to wear the vest and feel the increasing vibrations and pressure, controlled by the therapist to dislodge the mucus. They quickly discovered the vibrations made their voices sound funny.

Each session brought new experiences, piqued curiosity, and engaged the campers in an interesting way. They were eager to learn.

“This group is quite outgoing,’’ said Colleen Glass, program director. “They’ve been expressive. They’re very bright. We introduced them to human simulation this year and assessments skills, and it was extremely surprising to see how quickly they picked up on that and how much they absorbed from the very short presentation. It’s really encouraging to see young people like this group that are so bright and interested in learning and interested in sharing their learning with each other.’’

Each year, Lisa Johnson, senior vice president/chief nursing officer of BayCare, spends some time with the group and talks about her love of nursing.

“My childhood dream was to be a nurse, since I was 4,’’ she said. “My dad was sick and I pretended to be his nurse. That inspired me. I have not regretted being a nurse one single day.’’

She asked the campers what they wanted to be some day and got a wide range of replies. In the group were budding nurses, doctors, nurse practitioners, anesthesiologists, biomedical engineers and one who aspired to a military medical career.

Anything seemed possible after three days at Camp Nurse Jr.