Rebuilding Life from the Brink of Death: One Patient's BayCare Story 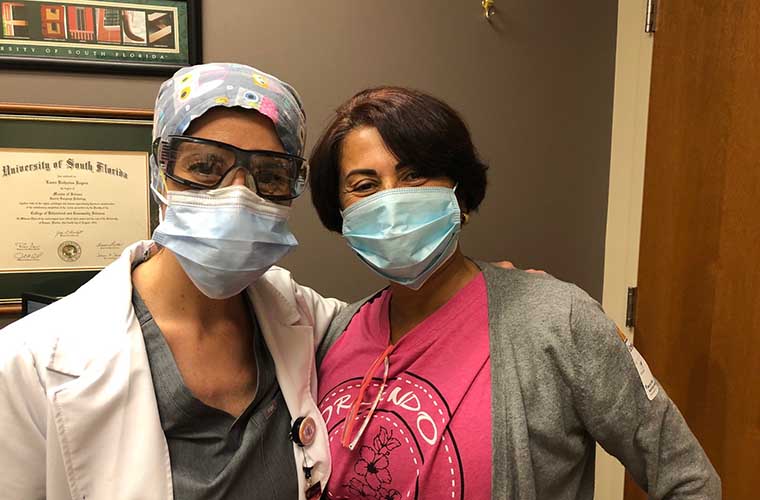 Cristiane Swearengen read the question slowly. “Who is in charge of a ship?’’

She knew the answer right away. She just couldn’t think of the word.

She shook her head, grimaced, gesticulated.

She made a salute, tugged on an imaginary peaked cap. Still, the word wouldn’t come. The woman who was proficient in five languages could not recall this simple word.

She repeated the question, stared in concentration, then turned to Laura Massey, her Morton Plant North Bay speech therapist, for a clue. “I know, but I can’t remember. What’s the first letter?’’ “C,’’ Laura said. 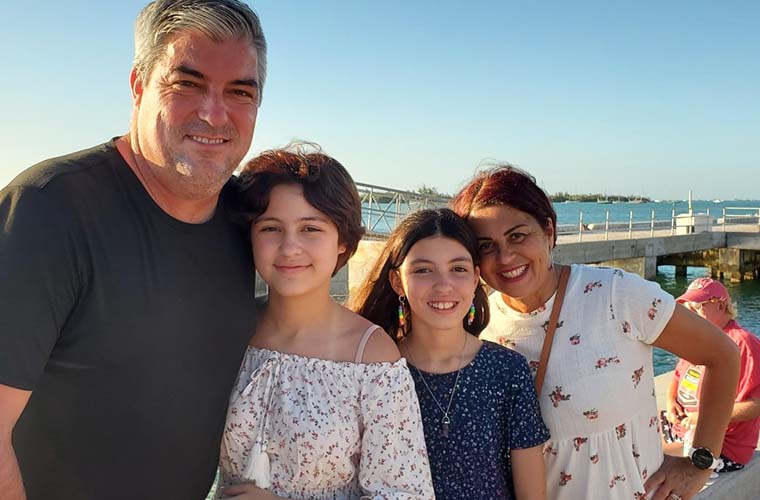 Scott Swearengen remembers the phone call that would change his life like it was yesterday. It was Nov. 6, 2019, at 10 in the morning, and he was in his office. He thought it strange that his wife would call at this time. She was at her job at Pierce Middle School in Tampa, where she taught English as a Second Language.

The call was from Cristiane’s phone all right, but it was not her voice Scott heard. It was a school administrator calling to tell him Cristiane was very sick and had been taken by ambulance to St. Joseph’s Hospital.

“When I got there I assumed she’d be on a gurney drinking apple juice and say, “Get me out of here,’ ‘’ he said.

Far from it. Soon the gravity of the situation hit him full-on. Someone gave him a bag with Cristiane’s clothes in it. When a volunteer took him to a private room, he started to get nervous. A member of the surgical team came in and said his wife was “in a lot of trouble right now.’’

Scott was taken to her room, not knowing if he would ever see her again. She was surrounded by nurses and a team of surgeons. Juan Valdivia-Valdivia, MD, the lead neurosurgeon, showed Scott a monitor and said an aneurysm on her brain had burst. She had a 10 percent chance of survival.

“It was a large, large hemorrhage,’’ Dr. Valdivia-Valdivia recalled. “I was worried initially. The key in taking care of her was to act immediately, to get her to the OR right away. If we had waited, it would not have gone the same way.’’

Specifically, Cristiane suffered a left middle cerebral artery stroke. Surgeons had to evacuate the hemorrhage, and because her brain was swelling, remove part of her skull to give the brain room and prevent further damage. The skull was placed in her abdomen to keep the bone alive.

Cristiane survived the surgery but was not out of the woods. In intensive care, her odds were now 50-50.

On Day 3, she raised her left arm and occasionally opened her eyes and looked around, Scott said.

Their young daughters, Anna Sofia, 13 at the time, and Gabriella, 10, visited on that day. A St. Joseph’s Child Life Specialist prepared them for what they would see and asked what questions they had. Still, it was hard.

“Gabriella was the saddest, but she talked to her and rubbed her arm and touched her face,’’ Scott said. “The oldest got upset and left the room.’’

The family’s challenges were just beginning. Cristiane progressed enough to be discharged to a long-term acute care facility on Nov. 28, but an uphill battle loomed.

The stroke Cristiane suffered affected the blood flow to the language center of the brain. For a woman who speaks five languages - English, Spanish, French and Italian in addition to her native Portuguese - and whose livelihood depends on communicating, it could not have been more devastating.

“When I first had the stroke, I couldn’t talk, nothing was coming out,’’ Cristiane recalled. “My friends would visit in the hospital, and I would be like blah, blah, blah. I thought I was saying something clear, but it was bad.’’

The entire right side of her body had been compromised, too. Scott wondered how she would feed herself, care for herself, take a shower. But the physical aspects came back relatively quickly. By January 2020, with aggressive physical therapy, she was “practically speed walking.’’

“I always believed she would bounce back fully,’’ Scott said. “The physical part did, so I thought the speech would, too.’’

Yet progress was excruciatingly slow. Over the course of months, Cristiane went from the long-term acute care facility to an inpatient rehab facility to an outpatient center. She eventually received home health care.

She started using more words, Scott said, but littered with gibberish. At one point, she spoke several languages at once. No amount of speech therapy seemed to make a difference.

“It was very stressful, I guess for everyone,’’ Scott said. “There was a lot of sadness. It was a constant guessing game trying to communicate. Our house was a mess. We were in a dark place.’’

It became so bad that Cristiane gave up on speech therapy. She had lost hope. 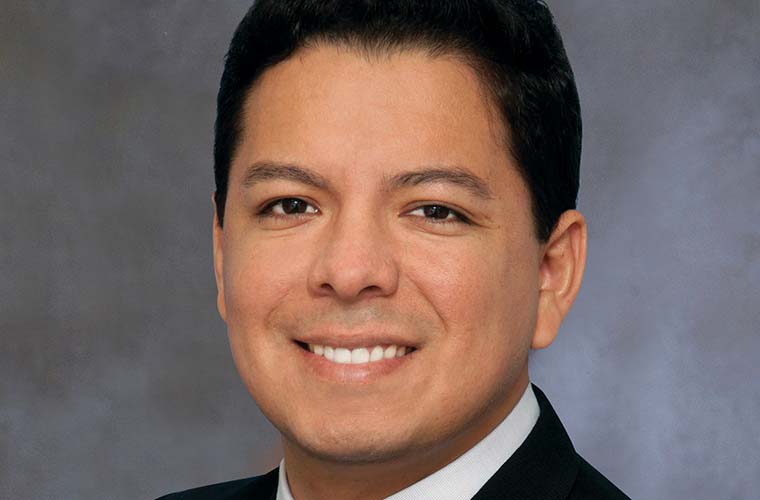 A trip to Morton Plant North Bay for another medical issue in September 2020 was the first step toward blunting Cristiane’s downward spiral. An inpatient speech pathologist had noticed she was having a difficult time communicating and handed her a card. On it was the name Laura Massey.

Cristiane decided to give speech therapy one more chance. On Sept. 28, they had their first appointment.

Laura did an evaluation and diagnosed Cristiane with Wernicke’s aphasia.

“She could talk fluently, but the words weren’t correct,’’ Laura explained. “She had trouble understanding and following commands. She couldn’t identify or tell you names of items.’’

On the aphasia quotient, out of 100, Cristiane graded 39. Yet there was reason for guarded optimism, Laura thought. Cristiane was relatively young – 52 – had a high level of education and strong family support.

Her goals for Cristiane were to read at the sentence level, write phrases up to sentences, identify pictures and find words.

They meet twice a week for 45 minutes. A typical session might involve answering a series of simple questions, such as “Who is in charge of a ship?’’

The exercises encompass all her areas of weakness and include reading comprehension, word finding and writing skills.

“Lower frequency words – words you don’t use as often – are difficult,’’ Laura said. “Captain is more difficult than coffee. The process of finding a word creates a neural connection in the brain and will strengthen language overall. These exercises help create new pathways, build new connections.’’

According to Scott, improvement was dramatic and immediate.

“She took off right away,’’ he said. “She started getting the words out right, her vocabulary increased, her pronunciation was more accurate, and she made fewer mistakes.’’

For the first time since her stroke, Cristiane and Scott could sit down and have a conversation, have coffee on Saturday morning and organize the day. The family could go out to dinner, and Cristiane could order off the menu.

How has Laura succeeded so spectacularly where other speech therapists have fallen short?

Cristiane’s face lit up. “She’s so good! She understands me. When it’s hard for me, she understands and she helps me. She makes my head remember what I don’t remember.’’

From Scott’s viewpoint, Laura has dealt with the aphasia better than the other speech therapists. He also acknowledged the bond between Cristiane and Laura is a key component to their success.

“Cristiane really likes the facility - everyone there - she really likes Laura,’’ he said. “She trusts her. Maybe she had reached the point where she could start making a breakthrough. The last four months of last year, she really made a lot of progress.’’

Where does Cristiane go from here? Galvanized by success, she is more determined than ever. She does her homework without fail and practices on aphasia apps on her ipad. She made labels for items around her house to help her when she needs an assist. She’s gone from depressed to driven.


At the end of March, Cristiane’s aphasia quotient was up to 69.9. She has returned to work part time as an instructional assistant substitute with Pasco County Schools, and she can drive a car with restrictions.

There are still ebbs and flows, Scott said, and comprehension remains a problem.

Laura said their goal “is to make continual improvement, one step at a time, to improve her quality of life and strive to make as much recovery of her skills as possible.’’

“It’s a very powerful story,’’ Dr. Valdivia-Valdivia said. “The beauty is, she’s able to contribute to society again by returning to teaching. That’s a big deal after having such a huge hemorrhage that affected her ability to communicate.