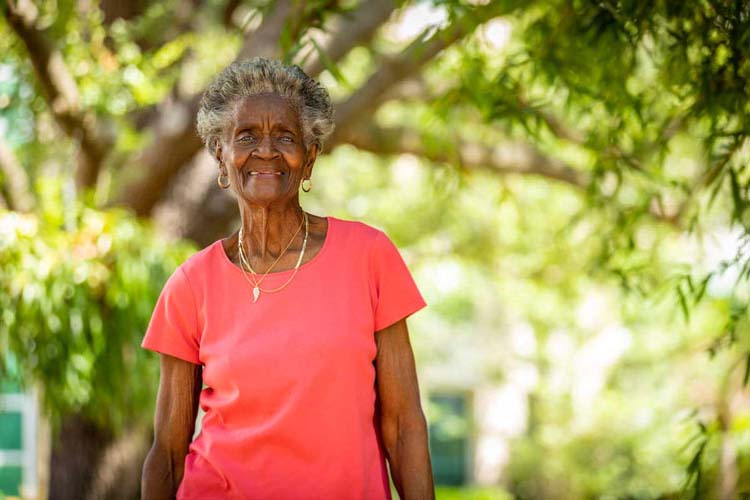 One morning in mid-April, oncology unit secretary Nicole Mulroy wrote an acronym on the whiteboard in St. Joseph’s Hospital’s 2 West: WWBD? What would Betty do?

The day before, Betty Harmon, 83, retired after 50 years at St. Joseph's Hospital, including 49 years as a patient care technician (PCT) on the oncology unit. Even in retirement, she remains a guiding light. When team members need a dose of hope or motivation, they ask themselves, "What would Betty do?" and find insight in the answer.

"No matter how stressful our unit was, Betty always had a positive attitude," said Louise Light, a nurse on the oncology unit who worked with Betty since 1989. "Her optimism rubbed off on other people."

Betty started in the housekeeping department at St. Joseph's Hospital in 1971, shortly after the birth of her fifth child. It didn't take long for her to make an impression. Just a few months in, the manager of the cancer center encouraged Betty to sign up for a new nursing assistant certification program. After completing the program later that year, Betty joined the oncology unit as a PCT.

Betty found her calling caring for cancer patients. They're special, she said, and need special attention. But something changed in 2006, when Betty was diagnosed with colon cancer discovered through a cancer screening. Suddenly, she was battling an illness that consumed countless numbers of her patients. She underwent chemotherapy yet never stopped working. Betty continued clocking 12-hour days until she defeated the disease four months later.

"I was already in love with cancer patients but once I was diagnosed, I could really be with the patient," Betty said. As a cancer survivor, she was able to connect with patients on a more personal level. "I told them about my condition and they saw that I survived," she said. "That uplifted them."

Going in for a cancer screening can be hard for anyone. Even Betty, ever optimistic and assured, admitted she was nervous.

“I was worried about getting screened but I knew it was something I had to do,” she said. “I think many people are afraid of what the doctor will find. But you should do it for yourself and your family. It’s better to know.” 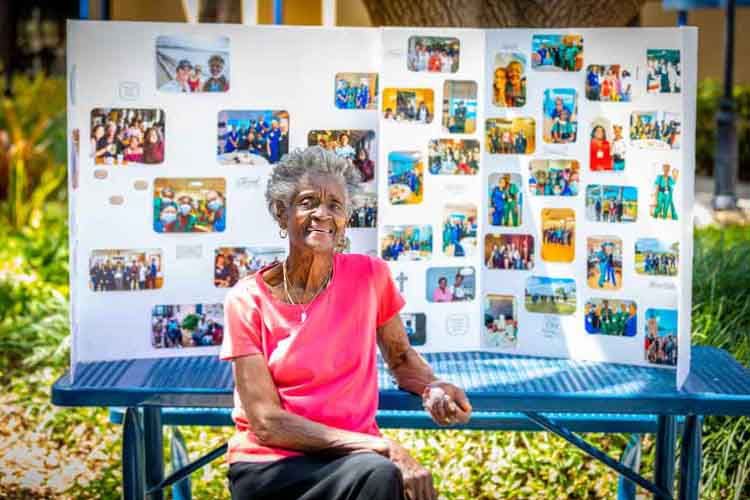 For people without symptoms, screening tests can spot cancer before it has a chance to spread. Find out more about age guidelines from the American Cancer Society.

If Betty was a source of strength and inspiration before she beat cancer, she became a paragon of patient care in the years that followed. She served as a mentor for hundreds of young PCTs eager to learn from the best of the best. Nurses took notice when Betty mentioned something about a patient. She seemed to have a supernatural sense of their wellbeing. In fact, Betty's perception and PCT skills were so extraordinary, her longtime supervisor wished she could clone her 100 times over.

"Patient care and comfort were always a priority for her," said Maryellen Porter, Betty's manager for 12 years. "She reinforced to everyone that a strong work ethic pays off. Positivity and optimism make for a better day. Getting the job done means better patient care. Betty never sat around when something needed doing. She just got up and did it."

Betty's work ethic is part of the reason why nurse Jim Clyatt continues to look up to her. Jim remembers asking Betty to slow down the first week they worked together 11 years ago. She was making him look bad. Rather than comply, Betty laughed and told Jim he’d just have to keep up.

"Betty is someone I want my children and grandchildren to emulate," Jim said. "She cares, she loves and she gives with no expectation other than friendship."

Anyone who knew Betty knew she wouldn’t slow down, not even in retirement. Meals with family and friends, strolls along the Tampa Riverwalk. She maintains an immaculate lawn, the best in the whole neighborhood, according to her son-in-law. Still, she's keen to recount memories from her days at St. Joseph's Hospital. And there are whispers among family of her returning to the hospital as a volunteer.

"I didn’t really want to retire,” Betty said. “Everyone I worked with at St. Joseph's was just phenomenal. I could not have worked with a better bunch of people."

For those who haven’t had the pleasure of knowing Betty, the question might still remain: WWBD?

The 2 West whiteboard offered an answer: She'd put a smile on her face, roll up her sleeves and tackle each day with love and compassion.