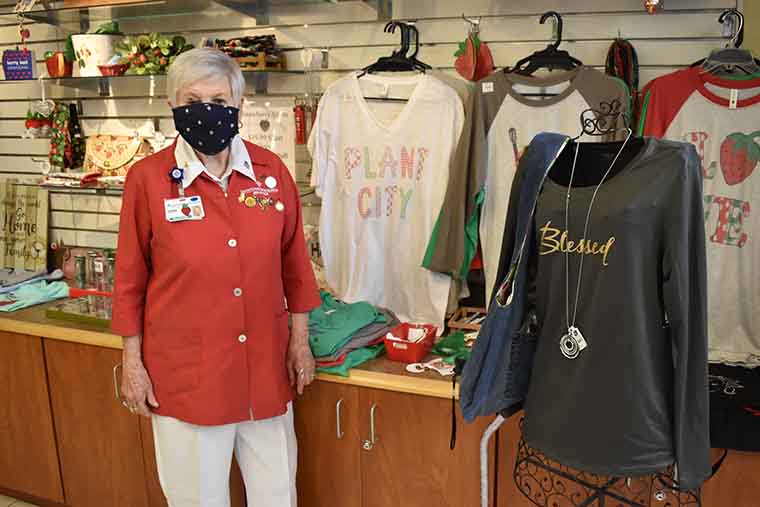 The “flare” pins on Dottie Pollock's bright red volunteer coat are the first thing you notice. They are numerous.

It’s no wonder Dottie, 91, has accumulated so many pins.  A lifelong Plant City resident, she’s celebrating 50 years as a volunteer in 2021.

Dottie was among the charter members of the South Florida Baptist Hospital Auxiliary that began on March 23, 1971. The auxiliary coordinated the volunteer program  and was involved with the hospital’s public relations, community health fairs, back-to-school physicals and fundraising. Auxiliary members were originally known as the “Pink Ladies” because they wore pink and white uniforms. Dottie was also an auxiliary officer during her long tenure at South Florida Baptist Hospital.

Dottie hasn’t been on-duty as a volunteer since the start of the pandemic.  She hopes to return one day soon. In recent years, she’s primarily volunteered at the off-site Cancer Center mainly doing record-keeping.

For most of her volunteer career, she’s been at the lobby’s information desk assisting visitors. 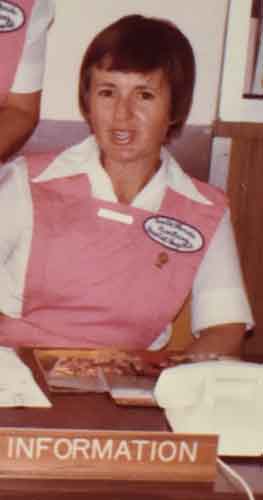 She’s seen all the renovations, remodels and relocations of places like the lobby, information desk, ER, surgery, pharmacy, administration and gift shop.  She remembers when the gift shop was tiny.

To no surprise, the biggest change she’s seen is technology with computers.

“That has put a different slant to everything,” she said in an understatement.

Another big change happened in 1978 when men first became eligible to join the auxiliary.

“We saw the need and men wanted to become part of the auxiliary,” Dottie said. “They were a big help, especially with transporting people in wheelchairs.”

The opportunity to help others and make friends through her work as a volunteer and as an auxiliary member stand out in Dottie’s mind after 50 years. 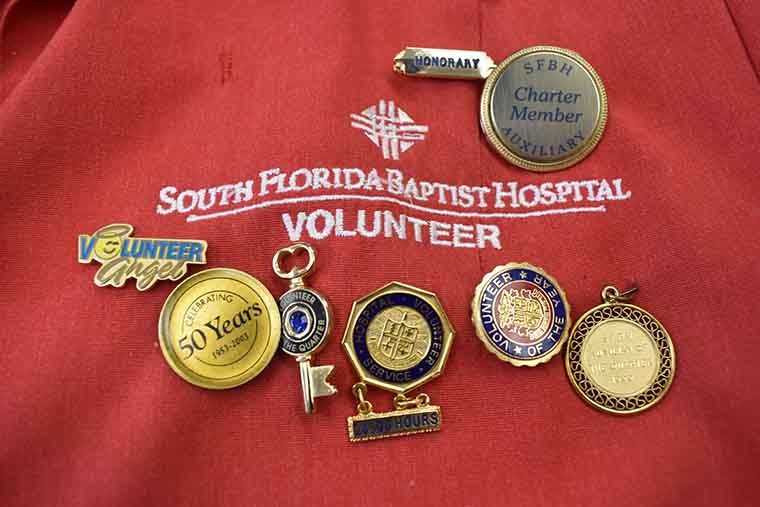 “Knowing that you’re helping,” she said. “Helping people who come in the door, sometimes they’re nervous. It’s satisfying knowing you are there to comfort and assist them. Making new friends with the auxiliary members, I would not have known them if it wasn’t for the auxiliary. The auxiliary and the hospital has meant a lot to me. It’s hard to summarize 50 years but I’m grateful I was able to do it.”

“Dottie is dedicated,” Eugena said. “She never looked at this as volunteering. She looked at it as her job. Anything we asked her to do, she did. She is a sweet lady. I wish I had 10 more (volunteers) just like her.”

Even after 50 years, Dottie is looking to the future with a new South Florida Baptist Hospital. In August 2020, the hospital announced plans to relocate within Plant City and build a new facility. Land for the new hospital is off Exit 22 of I-4, east of the intersection of E. Sam Allen Road and N. Park Road. Construction is expected to begin later this year and take about 30 months to complete.