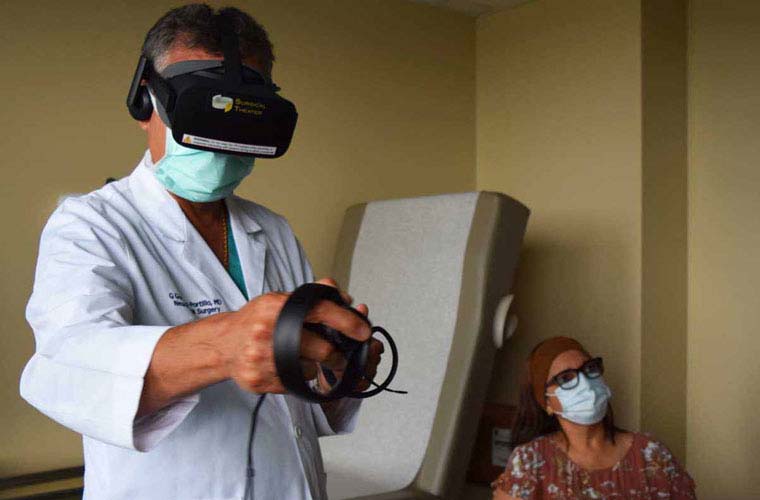 Irina Mendez Mendoza has always been impressed by the virtual reality (VR) games she plays with her son at the mall, but it wasn't until Dr. Gabriel Gonzales-Portillo donned a VR headset to walk her through a complicated surgical procedure that Irina realized the technology could help change her life.

Suffering from a history of headaches, Irina, 53, first sought Dr. Gonzales-Portillo's help to get to the bottom of her condition. A series of scans showed her headaches were caused by an intracranial aneurysm – a balloon-like bulge of an artery in Irina's brain.

"She was very concerned that the aneurysm would burst and kill her," said Dr. Gonzales-Portillo.

Additional tests revealed that Irina's aneurysm was too complex for a minimally invasive treatment known as embolization, and her large frontal sinus made surgical options even more challenging.

To treat the aneurysm, Dr. Gonzales-Portillo would need to perform a craniotomy, making a surgical opening in her skull before applying a titanium clip at the base of the aneurysm to stop blood flow. 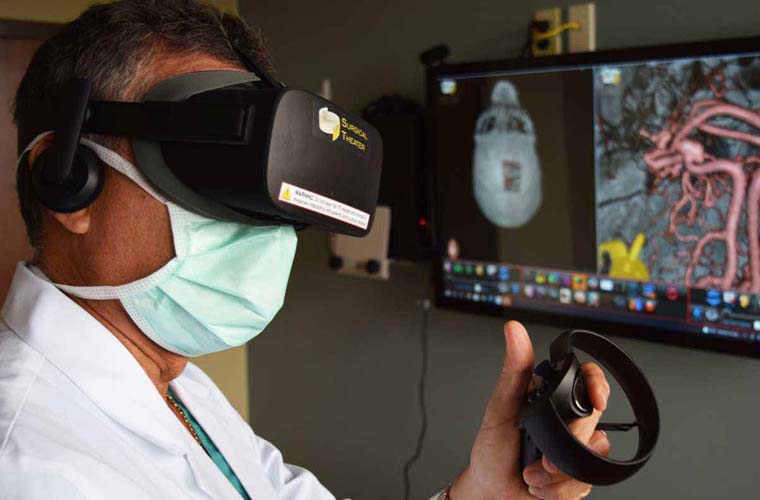 And he'd have to be careful not to impact her sinus, which would increase the risk of infection.

Dr. Gonzales-Portillo turned to a high-tech tool he's been using for about two years. Called Surgical Theater, the VR platform allows physicians to input data collected from scans such as MRIs and CT angiograms, and use a headset to perform the surgeries in virtual 3D before performing them in real life.

As an additional benefit in Irina's case, the technology let Dr. Gonzales-Portillo see the precise location of the patient's sinus and plan his craniotomy carefully. 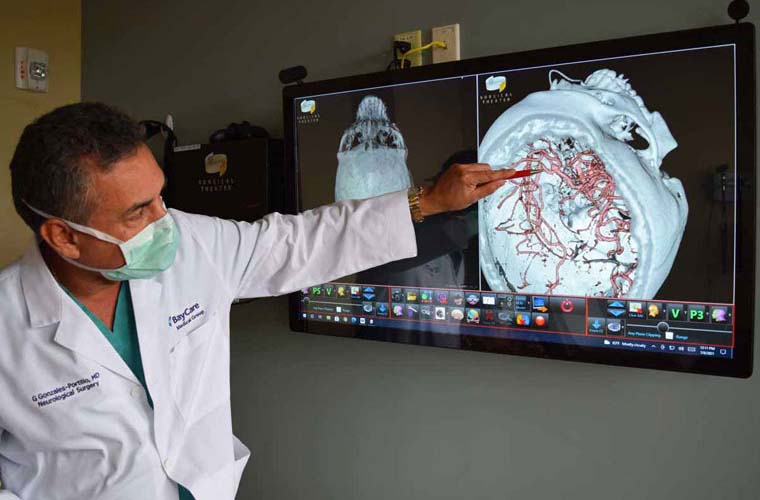 "So, by the time I did the surgery, it was like déjà vu," he said. "I had already been there."

Dr. Gonzales-Portillo has used Surgical Theater to plan multiple aneurysm clippings and said the technology has allowed him to make surgery safer, since only the complex aneurysms that can’t be treated with embolization are referred for surgical clipping.

For Irina, seeing her brain in VR was a "profound" experience.

"The technology was very impressive," she said through a translator. "Knowing what the doctor was going to do made me feel calm and comfortable."

And best of all, she added, “No more headaches.”