Standing By Your Family for 100 Years

In 1912, millionaire Morton Freeman Plant and his family were vacationing in Clearwater when his son, Henry, was severely injured in a car crash. With no hospital in town to treat his child, Plant ordered a railroad car equipped with medical supplies and personnel to be rushed from Chicago to Clearwater. For months, Henry recuperated in the makeshift hospital room parked alongside the Belleview Hotel where his family wintered.

Several years later, his son’s misfortune prompted Plant to strike this deal with the town: if the residents raised the $20,000 necessary to build a hospital, he would establish a $100,000 endowment for it. Clearwater’s citizens met the goal in a mere two months, and the Morton F. Plant Endowed Hospital opened on January 1, 1916. With 20 beds, five bassinets and one operating room, the two-story facility was the first hospital built in northern Pinellas County.

Learn more information from the Morton Plant Hospital history books and from the stories that connect us. 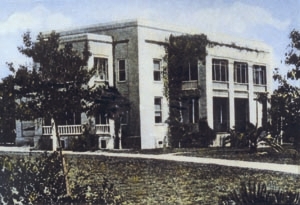 (Source: The Spirit of Morton Plant – A Retrospective: 1916-1991. Note, statistics and references to names of places are included here as they were in 1991)