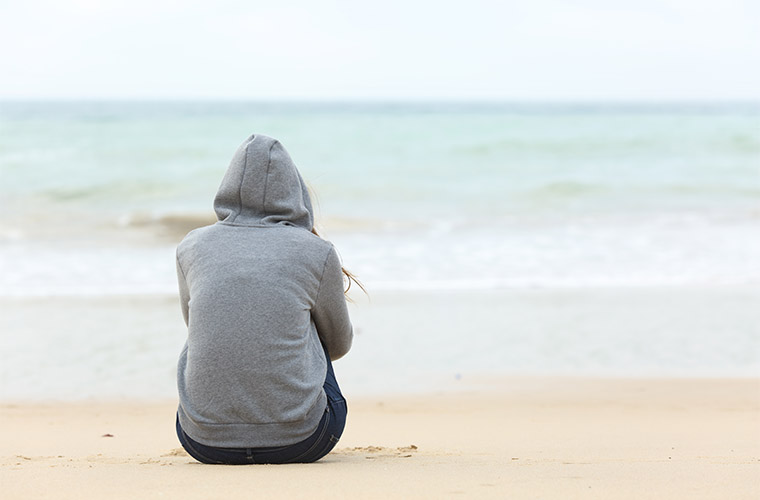 It was the second week of school. Everything was going fine. She didn’t have any big problems like she did last year, but something just snapped in 15-year-old Avery’s brain. She decided tomorrow would be “the day.” The day she would take her own life.

“I still don’t know exactly what triggered it, but I just didn’t want to be here anymore,” Avery recalled.

Before falling asleep that night, Avery sent text messages to her closest friends. “I wanted them to be able to look back and know that I loved them,” she said.

When she woke up, she got ready for school, just like every day, but before leaving her room, she grabbed a handful of Prozac. She recalled that it took a couple of tries to put them in her mouth and attempt to swallow them.

When she finally put them in her mouth, she couldn’t swallow. She spit them out.  Then, her mom called, “Avery, it’s time to go to school.”

Avery came out of her room crying and confessed to her mother what had just happened.

Avery’s mother called her father who quickly came to the house. Avery had been seeing a licensed counselor and a psychiatrist for about six months, so her parents frantically tried to reach each of them to no avail.

Her mother didn’t want to call 911, but her parents were at a loss for how to help their daughter. Finally, Avery’s father remembered talking with Janet Waye, program supervisor for BayCare Behavioral Health’s Pasco County Mobile Response Team (MRT), who had helped connect the family with mental health services several months earlier.

He had stuck Waye’s card in his wallet and decided to give her a call.  Waye and the Pasco County Sheriff’s deputies responded quickly to Avery’s house.

That is what BayCare Behavioral Health’s MRTs do. They respond immediately when they receive a call about an individual experiencing a mental health crisis.

Waye said, “We try to deescalate the crisis, provide immediate coping strategies, develop a safety plan and connect the family to needed mental health services. Our goal when possible is to divert youth from Baker Acts.”

Since the program began in Pasco and Hernando counties, Baker Acts for youth have decreased substantially.

With Avery, it wasn’t possible. She told Waye and the deputies she probably needed to be Baker Acted.

“She was very insightful the day I met her,” Waye said of Avery.

Though Avery’s parents didn’t know they were calling the MRT, this scene often plays out multiple times a day in both Pasco and Hernando counties. BayCare’s counselors who are part of the MRT partner with the Sherrif’s deputies to respond to these calls.

The Mobile Response Teams are a resource for anyone experiencing a mental health crisis in Pasco or Hernando counties. Call the team if you know an individual who is expressing thoughts of self-harm or experiencing out-of-control behaviors that could cause harm or is experiencing severe stress resulting in significant decline in daily functions.

The numbers to call include:

The therapist simply will ask your name, address and phone number and if there is an immediate danger to the individual or anyone else.

For Avery, that call and the help she has received since has changed everything.  “As much as you think people don’t care, oh my God, they do. …I am so glad I didn’t die,” she said.

Seeking help was once difficult for Avery, but now she encourages everyone to ask for help. “There is no shame in asking for help, especially when it comes to physical or mental health,” she advised. “People are there to help you – teachers, counselors, psychiatrists, parents. You can’t do it yourself. You need others.”