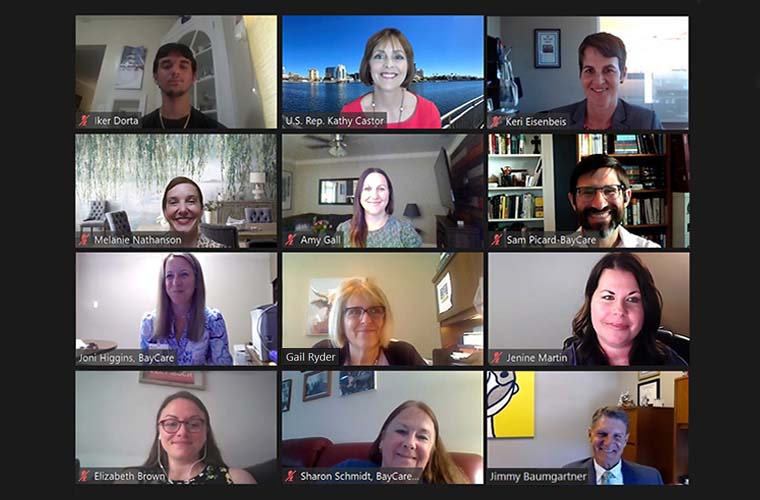 This week, 17-year-old Iker Dorta from the Tampa Bay area joined more than 50 other pediatric patients from across the nation in meeting with their members of Congress to speak out on behalf of children with significant health challenges. A special focus this year was pediatric mental health, a crisis exacerbated by the COVID-19 pandemic.

Several years ago, Iker lost both his father and stepmother as a result of a tragic event. Afterwards, he moved in with his grandmother and aunt and began seeing a therapist to help him cope with the trauma he was experiencing. Iker was very close to his grandmother, and was devastated when she passed away in 2015. The hardship was made worse when Iker and his remaining family became homeless.

When Iker started high school, he joined a school-based youth coalition that advocates against drug use. He was proud to have a bigger purpose: helping kids who need good guidance and role modeling. While working with the coalition, a school counselor recognized that Iker also could benefit from intensive services and referred him to BayCare’s Community Action Team (CAT), which provides wrap around services for kids at high risk for adverse outcomes like hospitalization or out-of-home placement.

Together, they asked Congress to advance more impactful policies that improve access to mental health services for children and families in Tampa Bay and Florida.

From April to October 2020, hospitals nationally saw a 24% increase in the proportion of mental health emergency department visits for kids ages 5 to 11, and a 31% increase in the 12- to 17-year-old age group, compared to 2019 according to the CDC.

St. Joseph’s Children’s Hospital is seeing an explosion in the volume and acuity of mental health needs with increased inpatient admissions for serious suicide attempts.  Fortunately, their recovery is supported by BayCare's Behavioral Health, the region's largest provider of mental health services.