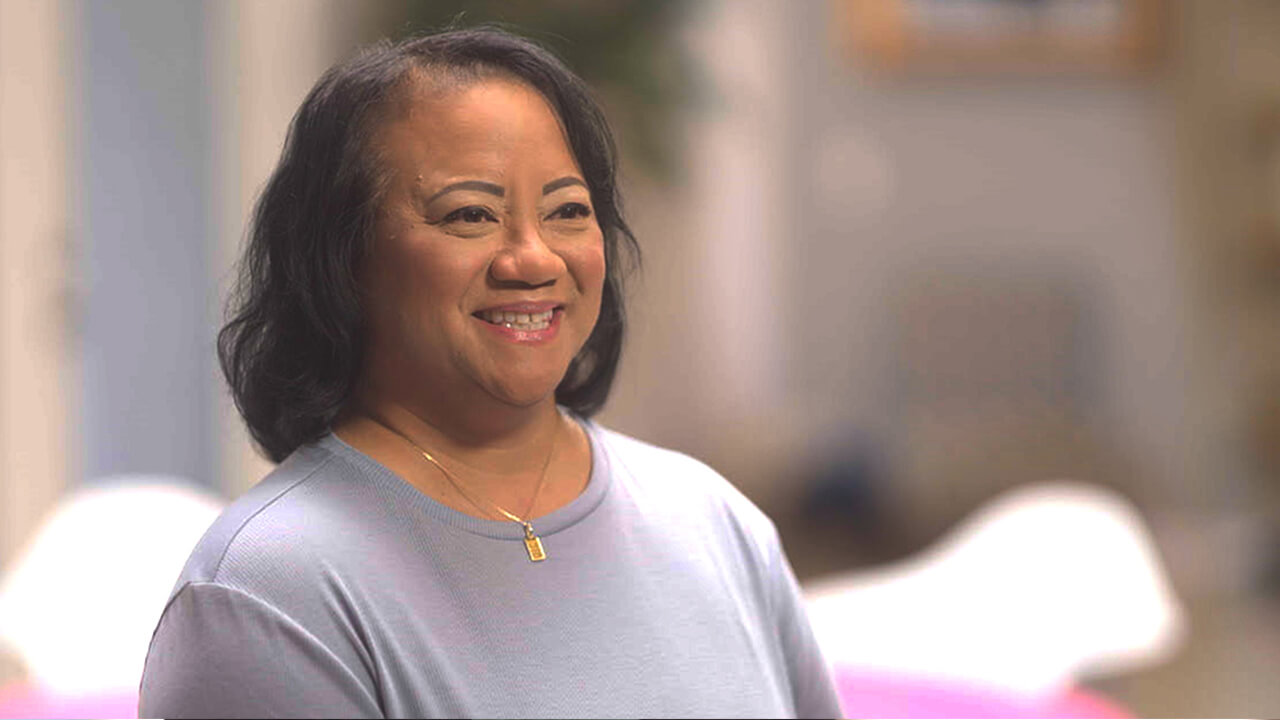 Darleen Alvarez and her husband, Evelio, had been married about two years in 2012 when they decided to have a family. Although they both were in their 40s –they made an appointment with her OB/GYN and started testing to see if they could “get pregnant the old-fashioned way,” as Alvarez put it.

They never got the chance to find out.

Shortly after, she felt a lump on the right side of her chest. She then called her OB/GYN for a different kind of appointment – a breast exam.

After the breast exam, Alvarez was scheduled for her first mammogram in her life even though her mother was a breast cancer survivor.

“I was too scared to go. I didn’t know what to expect,” she said. “I was very surprised and shocked to see it wasn’t as difficult as I thought it would be. The mammography tech was so helpful. She explained the procedure to me. She made sure I understood what was happening next.”

Mammograms don’t have to be scary. Find out what happens during the exam.

What was next would change the course of Alvarez’s life. Not only would it lead her to a breast cancer diagnosis and treatment, but it also would lead to a new career – as a registered nurse working with cancer patients, first at St. Anthony’s Hospital in St. Petersburg and now at Morton Plant Hospital in Clearwater, both BayCare hospitals. She had previously worked as a reservations’ agent for a hotel and at a drug store as an executive assistant manager.

Alvarez’s treatment plan included six rounds of chemotherapy, with surgery scheduled on Valentine’s Day in 2013 at Morton Plant Hospital. “I had a right-sided mastectomy and eight of 15 cancerous lymph nodes removed,” she said. After healing for a few months, she had 36 rounds of radiation.

“During my final chemotherapy treatment in October 2013, I looked around the infusion center at all the patients receiving treatment. I thought, ‘What diagnosis did they have? How were they told about their diagnosis? Were they alone? Do they have support? Or someone to talk to?’,” said Alvarez. “It was then that I decided to go to school to become a nurse. I wanted to be the answer to all those questions. My first day at (nursing school) was April 2014, six months after my last treatment.”

After graduating from nursing school in 2016, Alvarez began her career in the oncology unit at St. Anthony’s. “All through nursing school I had my sights set on BayCare,” she said. “All my doctors during my cancer treatment were BayCare doctors or affiliated with BayCare.”

Alvarez now works for the Morton Plant oncology unit. She has seen many of the doctors who helped through her cancer treatment.

“I feel that God sends people to you when you are most in need. This is what I believe when I make a connection with a cancer patient who happens to be on my assignment,” she said. “I don’t share my story with every cancer patient, but I know when my story can create a connection and maybe change their outlook. This connection isn’t always with just the patient. The connection helps their caregiver as well.”

To help her patients, Alvarez carries a picture of herself when she was receiving treatment.

“I was 10 days out of my first chemo treatment, totally bald, with my port dressing showing,” she said. “When I show patients my picture, I see the anxiousness leave their body. And they know ‘I get it’. Not only do I carry the picture for them but for me too. My picture reminds me why I’m doing what I’m doing especially during those rough, busy, 12-hour shifts.”

This year Alvarez celebrates her ninth anniversary of being cancer free.

“I am grateful and blessed that I trusted my gut feeling and instinct to call my OB/GYN within 24 hours of feeling the lump. Knowing that my cancer was fast-growing and susceptible to spreading easily gave me a fighting chance for treatment to start, and to work toward remission.”

Alvarez has come a long way since being fearful of getting a mammogram.

“Knowledge is power. If you have a family history of breast cancer, get a mammogram. The whole process of getting a mammogram only takes about 15 minutes,” she said. “Fifteen minutes can save your life.”