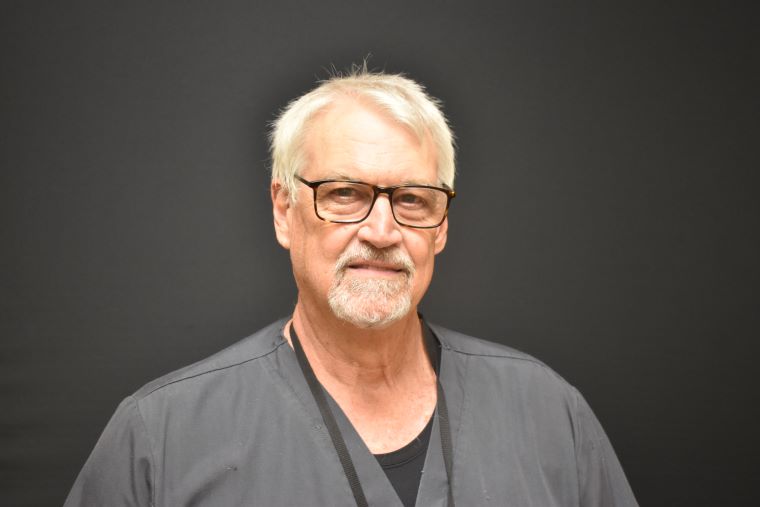 Jack Diemer
Jack Diemer’s BayCare journey has gone from patient to honored and decorated team member. Once a patient at St. Joseph’s Hospital-South, Jack’s patient experience was so good he decided he wanted to work there after retiring from an automotive industry career. So, he became a team member at St. Joseph’s Hospital-South in 2017. Fast forward to March of this year as Jack was announced as BayCare’s “Transporter of the Year” for the 2021 calendar year. From patient to standing next to BayCare leadership holding a plaque touting a prestigious accomplishment.

First things first. What exactly is a transporter at a hospital? Transporters are the team members moving patients with wheelchairs or stretchers throughout a hospital to destinations and procedures. They do a tremendous amount of walking and their job takes them throughout most areas, units and departments of a hospital. Transporters can also help with getting patients into the hospital and with discharges. There are approximately 300 transporters in BayCare hospitals. 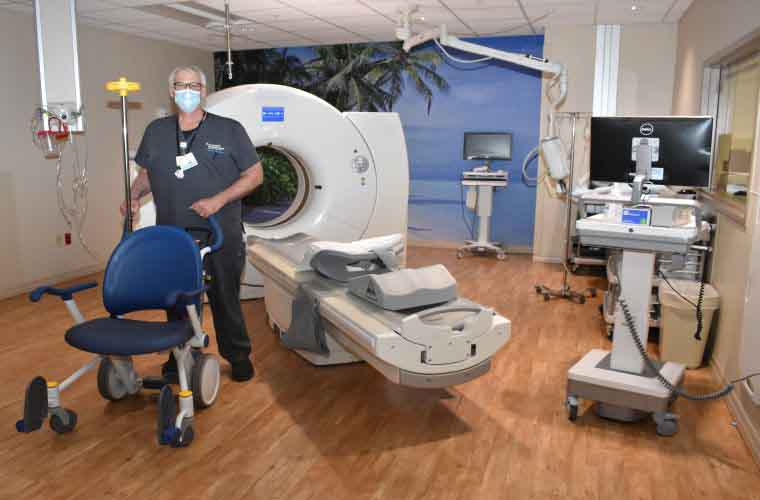 Jack in an imaging suite where his travels take him frequently.
Lorraine Sargent, BayCare’s East Region Imaging Director and director of the Transport Collaborative, explains the history behind the transporter awards. Imaging Services takes the lead on the awards since they do the bulk of the transporting.

“We realized how important transporters were to facilities,” Lorraine said. “They are the people every patient sees. They are the ones that bring them to places when they’re scared. They are the ones who calm their nerves. We felt they weren’t getting enough recognition for what they do.”

At the Transporter of the Year presentation held at St. Joseph’s Hospital-South, Jack’s supervisor, Vikki O’Neal, St. Joseph’s Hospital-South’s Imaging Manager, noted that Jack has performed 18,263 transports since starting at the hospital in May 2017. Since then, he’s also averaged 3.42 transports per hour. Jack’s average of 3.42 transports per hour far exceeds the standard of 2.6 per hour. To illustrate the amount of walking a transporter does, consider this: Jack tracks his steps and he walks more than 18,000 steps, approximately 10 miles, in an average 12-hour shift. On some days, his steps have reached 20,000 to 22,000, the equivalent of a half-marathon, 13.1 miles.

Statistics aside, both Lorraine and Vikki said it’s Jack’s  interpersonal skills that make him superlative. He has great interaction and engagement with patients and peers.

“He does his job with love,” Lorraine said.

Jack is an outstanding trainer of new transporters. Jack’s trainees take on and develop his exemplary work ethic and habits. He’s so good at it that he travels to other BayCare hospitals to train.

“He’s an incredible mentor to new transporters,” Vikki said. “He takes a lot of pride in making sure they are doing things right.”

Vikki also noted that Jack has the important role at St. Joseph’s Hospital-South as the liaison between nursing and transport. 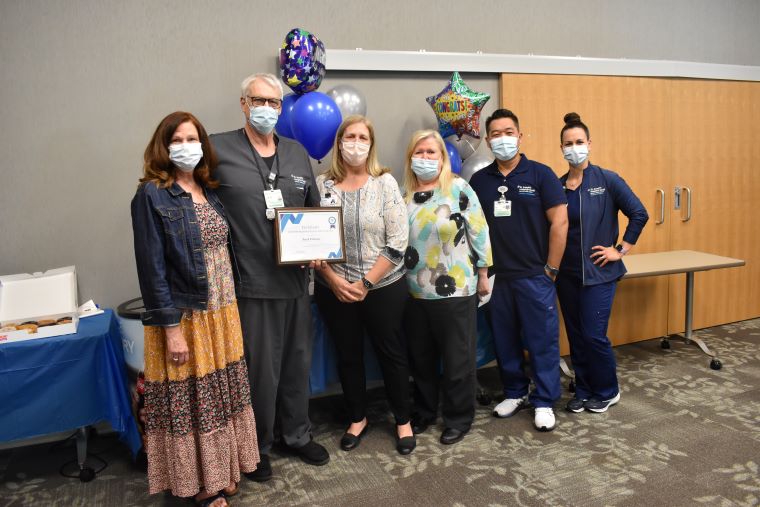 “I thought there would be no better place to work than here at the hospital,” said Jack, a Brandon-area resident. “My wife and I talked about it, I applied and the rest is history. It’s just been a wonderful experience.”

Jack said the social aspect of the job and the  ability to move around as a transporter are what appeals to him.

“I’m able to interact with patients, team members, visitors," he said. "I’m able to reflect my love for the people and in turn receive the love back from them. I like the exercise. I’m able to see everybody from one end of the hospital to the other. As a transporter, we get to every nook and cranny.”

Jack said he was humbled by the award.

“It’s a great honor and I’m very proud to work with this team,” he said. “I didn’t expect it. There are so many qualified and great people in the system.”