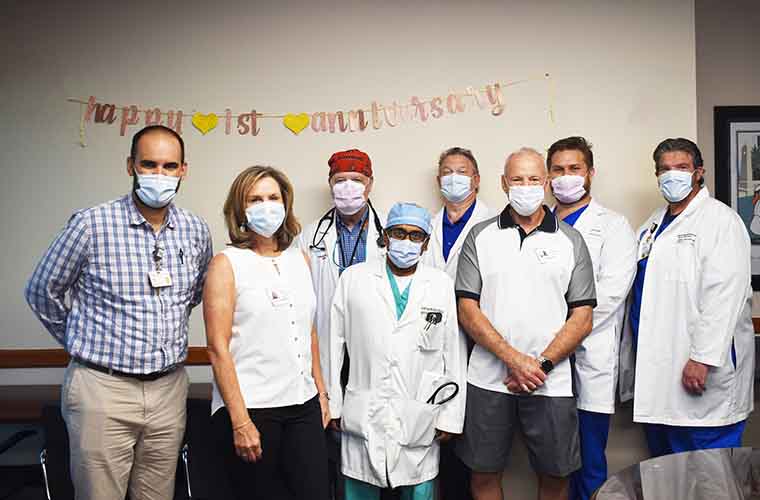 On June 23, he celebrated his first anniversary … of life.

That day last year, Bill had just finished waterskiing with a group of friends. At 71, Bill was in excellent health, so his severe heart attack was unexpected.

“I just went down right on the dock,” he said. “That’s all I remember.”

But Bill’s waterski partner, Tara Brittain, happens to be a Polk County School District nurse. She recognized he was in trouble and began compressions on his chest while she called 911.

That call began a recovery journey that took him to BayCare’s Bartow Regional Medical Center.

So on June 23, 2022, he stopped by to celebrate his life with those he credited with saving him. 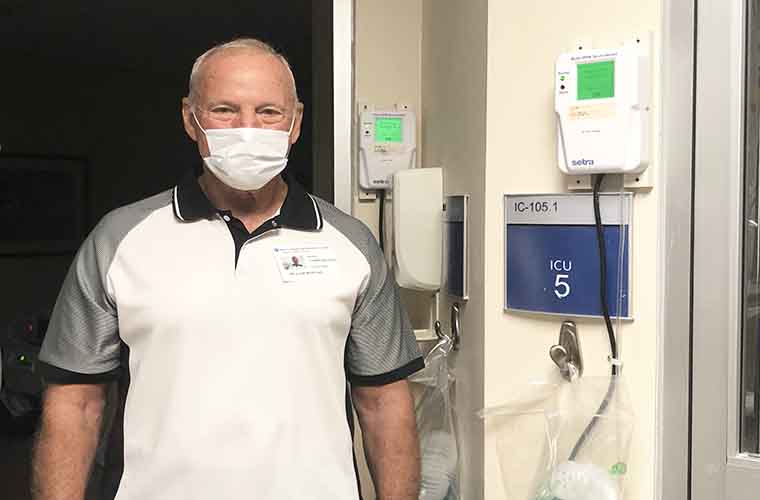 Shortly after he arrived at the hospital, Bill flatlined and the team in Emergency Department had to work to resuscitate him. Then he was admitted to the ICU, was on a ventilator and at one point had to be placed on a targeted temperature management treatment – also known as Arctic Sun – to combat high temperatures. He also received a heart catheter to relieve the blockage in his arteries. After a month of treatment and recovery, Bill was discharged to a rehab facility, where he was told it would take him perhaps nine months to resume his active lifestyle.

Bill was able to hit the lake again in two months. And he knows that he wouldn’t be back on his feet if it weren’t for the team at BRMC and was excited to meet those who played such a major role in his recovery, several of them for the first time.

“He was out of it at the beginning,” said Bill’s wife, Jeanine. “But I was talking to everyone and saw what he was going through. They were wonderful to me and kept telling me I was their patient, too. My message for everyone today is that what you do matters.”

During the anniversary visit, Bill and Jeanine got to thank everyone and provide an update on Bill’s journey. His recovery came as a shock to several of those who were involved in his treatment.

As they toured the Emergency Department, ICU and Cath lab, they encountered several team members who got emotional upon seeing Bill. 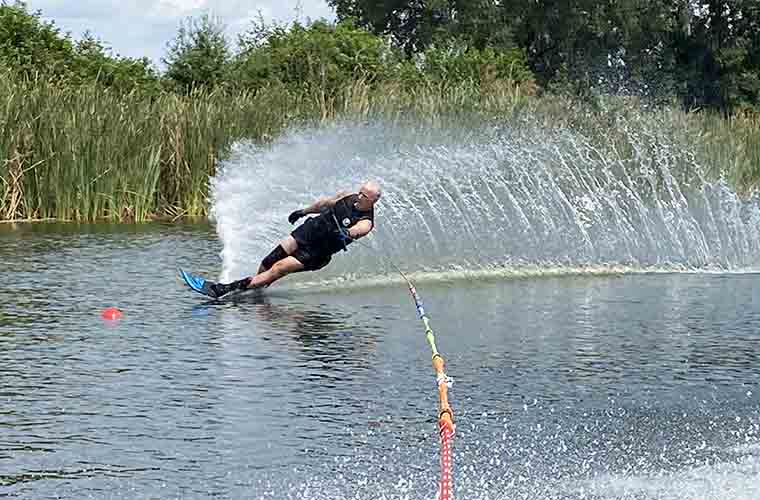 Since his near-fatal heart attack, Bill Martins has resumed his favorite activity – waterskiing. He stopped by Bartow Regional Medical Center recently with his wife Jeanine to thank team members for their roles in his recovery.

“You don’t always get a chance to see how things turned out,” said a tearful Melody Hurley, who was an ICU nurse when Bill was admitted. “I can’t believe he’s here and still waterskiing.”
In the Cath lab, they met up with James Saine and Brenda Staats, who inserted Bill’s catheter.

“I didn’t think you were going to make it,” James told Bill. “You’re a miracle man.”

Indeed, Bill’s recovery is considered a miracle by all involved. He said that in order to even come close to restoring his normal activities, including golf, snowskiing and scuba diving, he’s had to work hard.