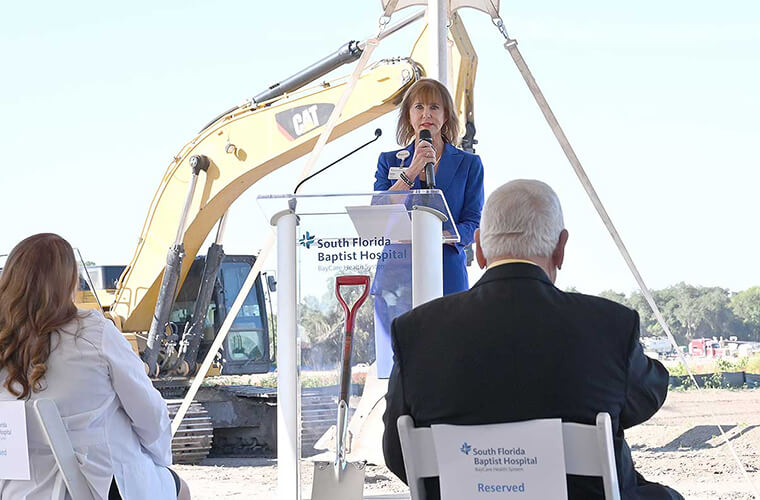 The original plan was to celebrate the groundbreaking of the new South Florida Baptist Hospital in mid-August. Ironically, however, it was postponed so that the hospital team could focus on caring for the community during the most recent COVID spike, propelled by the spread of the Delta variant.

Finally, though, on Oct. 18, hospital leadership and community members came together to formally celebrate the start of construction of the new hospital in Plant City. The new hospital is located off Exit 22 of Interstate-4, east of the intersection of E. Sam Allen Road and North Park Road in a highly visible, high growth area less than four miles from the current location. An 85,000 square-foot medical office building will also be at the new site.

Kerr highlighted changes the current structure has undergone and the need for a new facility.

“As our community continues to grow, we need to do the same. But we’ve run out of room at our current site. And that’s why we’re here today,” Karen said. “Our new hospital will feature 146 private rooms with the ability to expand. The new building will have 26 ICU beds and a 30-bed emergency department. We’re also adding four interventional/cardiac Cath suites and an 8-bed surgery center. It gives us room to add medical office space for outpatient lab services, physician offices, rehab and wound care services, among others.” 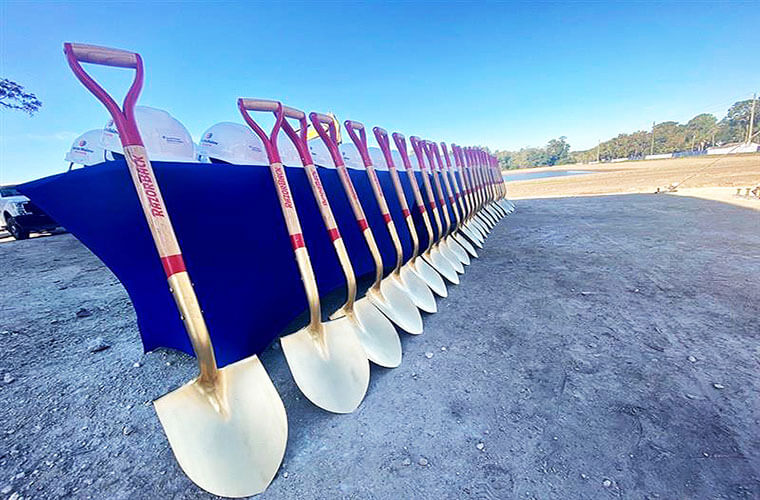 Community and hospital leaders turned out to turn ground in the ceremonial construction kick off for the new South Florida Baptist Hospital in Plant City.

“In 1997, South Florida Baptist Hospital joined BayCare and since that time, millions of dollars has been spent on the facility and equipment upgrades. As a result, our hospital has flourished and is the largest employer in the city. So our hospital has an incredible history and an even brighter future,” said McGinnes.

Mayor Rick Lott highlighted the importance of the hospital to Plant City.

“This hospital brings life into our city and guides along life’s journey,” he noted. “It’s always there for us, even in the hardest moments of our lives. We want to thank you for your dedication.  The endurance you have shown in the last two years shows our community the strength of your character. The citizens are excited and thankful for the investment into our city.”

The original South Florida Baptist Hospital opened in 1953 and has undergone 12 major additions, renovations and expansions since then. The first addition was in 1969 with a three-story hospital wing and most recent was in 2017 with the expansion of the Heart and Vascular Center.

Construction is underway for the new hospital building, which is expected to be complete in early 2024. The groundbreaking, attended by about 200 people, was streamed live on the South Florida Baptist Hospital Facebook page. Watch here.