The Wilsons, Father and Son Nurses, A Father's Day Story 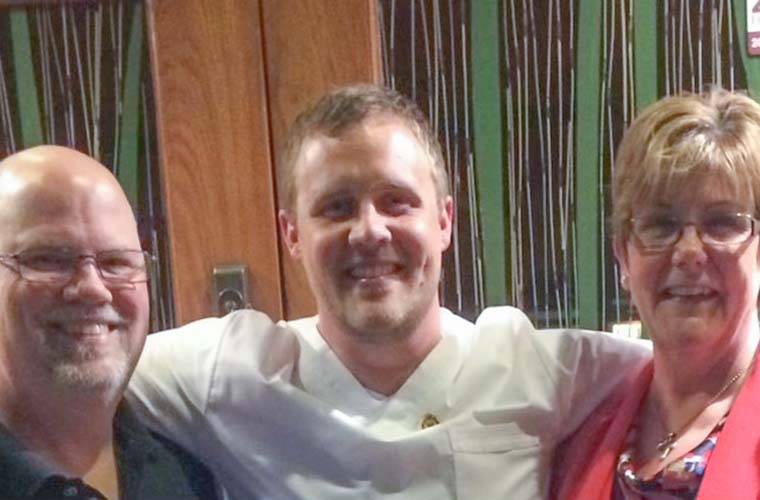 From left, the Wilsons - Dad, Son and Mom - Jim, Ryan, Susan
Sunday, June 20, is Father’s Day and we’re highlighting a BayCare father and son nursing duo. While it is not unusual to see mother and daughter nurses, father and son nurses probably aren’t so common.

According to the most recent study by the National Council of State Boards of Nursing (NCSBN), only about 9% of registered nurses (RNs) are male. That’s up slightly from about 7% in 2013.

His son, Ryan, 39, is an RN in the interventional radiology department at St. Joseph’s Hospital (SJH) in Tampa. Ryan’s been a nurse for seven years, with five of those years at St. Joseph’s.

Both Jim and Ryan went into nursing as career changes. Jim had worked in restaurant management and Ryan in retail.

Jim said that when he went to nursing school in the 1990s, there was still a stigma associated with male nurses. 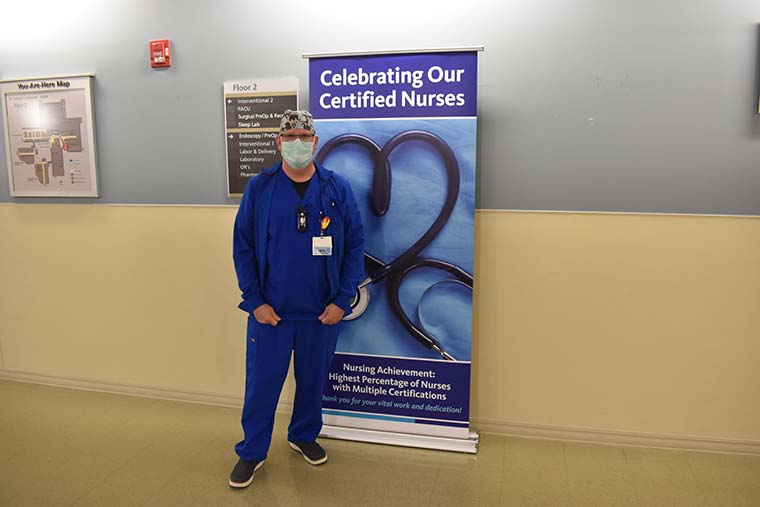 Jim Wilson, an RN in the surgery department at St. Joseph's Hospital-North in Lutz
“There were only three males in my graduating class of 230,” Jim said.  “The perception has changed over the years. Nursing is a profession for anybody that cares for their fellow human beings. It is not gender specific, even though it might originally have had that stigma. It takes someone who has compassion, not what your gender, background or ethnicity is.”

When Ryan pondered a career change to nursing, he did not have to look far. Dad was a nurse and so was his mom, Susan, a registered nurse for 20 years. (Susan is now an attorney.) The nursing gene runs through their family. Susan’s mom – Ryan’s grandmother – was a nurse. Other family members who are nurses are Brian Curtis, an ICU nurse at SJHN, and Catie Liniger, a pediatric ICU nurse at St. Joseph’s Children’s Hospital.

“I always was exposed to the nursing profession for the majority of my life,” Ryan said. “My Dad did not necessarily inspire me to be a nurse, but I was always aware that the option was there.”

Ryan is mechanically inclined and hands-on, so being an interventional radiology nurse suits him.

“I get to use a lot of equipment and constantly am learning new things,’’ he said. “Nursing allows you a lot of flexibility. There is job security, nurses are always in demand and it is rewarding – the satisfaction of helping people. Nursing may have been a female-dominated profession, but it is a great career for women and men.” 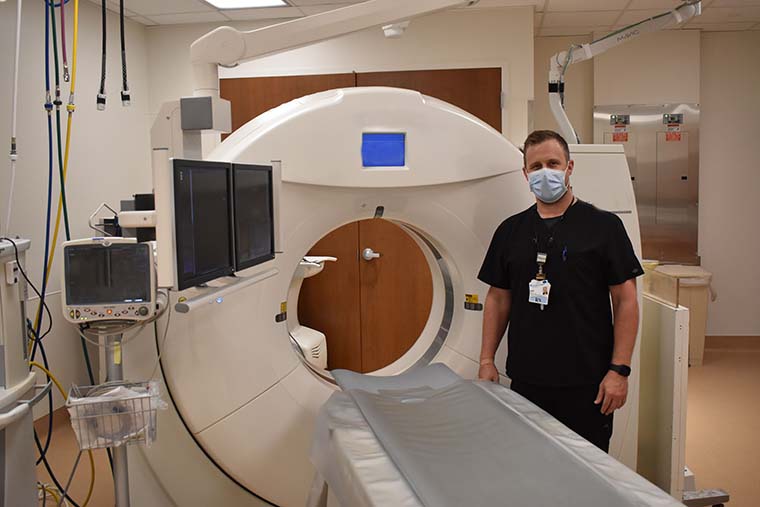 Ryan Wilson, an RN in the interventional radiology department at St. Joseph's Hospital in Tampa
It’s not surprising that there is a lot of shop talk among the Wilsons.

“My dad and I both work in a procedural environment, so we talk about that a lot,” Ryan said. “Plus, my Mom was a nurse, so she relates to our conversations and adds her perspective.”

Earlier this year, Jim and Ryan were honored by their respective hospitals within weeks of each other. Jim was awarded a Clinical Nurse Excellence Lifetime Achievement Award from SJHN, while Ryan was named SJH’s Team Member of the Month for May.

The common thread in the awards nomination documents submitted by their peers and management was the Wilsons’ leadership abilities and qualities.

“I’m proud of my Dad,” Ryan said. “I’m especially proud when people talk to me and speak so highly of him.”

Dad is equally proud of his son.

“He has taken his talents to the nursing profession and put them to good use,” Jim said. “He’s always been a leader. I like to think we’re cut from the same cloth.”