What’s Red and Blistered and Hurts All Over? Shingles 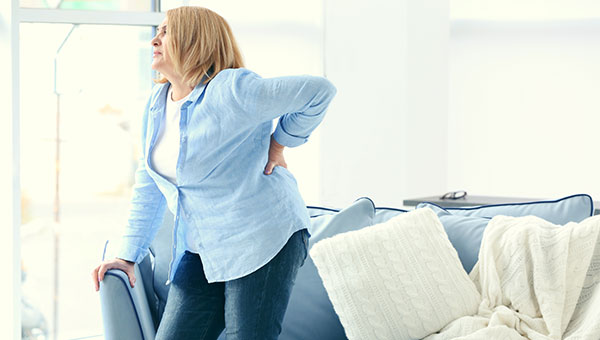 It occurs in about one million people in the United States each year. One in 3 people will develop this condition in their lifetime. It can affect anyone who has had chickenpox. Shingles, also called herpes zoster, is the same virus that causes chickenpox. Once a person has recovered from chickenpox, the virus lies dormant in the body. Shingles is often associated with a painful, blistering rash.

It’s Not Just About the Rash

While the rash is the most common symptom, there are other signs and symptoms that may occur. These symptoms may include fever, headache, chills and upset stomach. As for the rash, patients may often experience pain, itching or tingling 1 to 5 days before the rash appears. The rash typically occurs in a single stripe on the left or right side of the body. The blisters of the rash typically scab over in 7-10 days and may clear up in 2-4 weeks.

Shingles isn’t contagious; however, the virus that causes shingles can be spread from one person to another. Active shingles can be transmitted to cause chickenpox in someone who has never had chickenpox or received the chickenpox vaccination. Direct contact with a fluid-filled blister may cause the virus to spread. To prevent the possibility of transmission, cover the rash, avoid scratching and wash your hands often.

While it is typically more common in those 60 or older, it is possible for shingles to occur in a healthy, younger individual. Those whose immune systems have been weakened by HIV infection, AIDS, cancer, or treatment with certain drugs are also at increased risk of getting shingles.

Can it be Prevented?

There is a vaccine available for healthy people 50 or older. Licensed by the U.S. Food and Drug Administration in 2017, Shingrix may provide protection against shingles and postherpetic neuralgia (PHN). The Center for Disease Control recommends two doses, 2-6 months apart. Prior to Shingrix, Zostavax was a single dose vaccine. If you have received the Zostavax vaccine, it is safe to get the Shingrix vaccine. Speak with your doctor to find out if you are a candidate for the shingles vaccine.