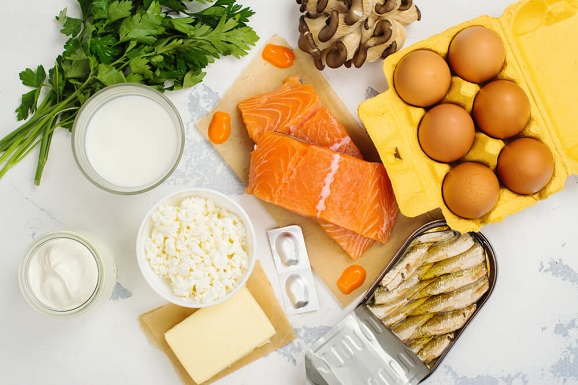 You’ve likely seen the “Milk. It Does a Body Good.” commercials that aired during your favorite television programs in recent decades. The campaign helped boost slumping milk sales and sought to highlight the claim that the beverage is a healthy choice for consumers. Milk is one good source of vitamin D, which provides health benefits for your body.

In the United States, milk producers voluntarily fortify most of their milk with vitamin D, which is a “fat-soluble” vitamin, but you should pay attention when comparing your milk options at the store to make sure you’re getting exactly what your body needs, according to LiveStrong.com.

Other dairy products, as well as orange juice, cereals and soy milk, are fortified with vitamin D, according to WebMD. If you’re lactose intolerant or sensitive to the acid in orange juice, WebMD says you can get vitamin D from these foods:

You need vitamin D so that your bones grow properly, which is something that health care providers often tell parents. And they’ve paid attention, since most Americans are consuming healthy levels of vitamin D and calcium, according to AARP.

As you get older, AARP adds that you might not be getting enough vitamin D, which works with the parathyroid hormone to regulate your body’s calcium balance and maintain a normal level of bone density and serum calcium.

If your body lacks vitamin D, you’re at risk of developing osteoporosis or osteomalacia, which is the softening of your bones, according to WebMD.

Most of the vitamin D in the typical American diet comes from fortified foods, such as nearly all of the milk supply in the United States, according to the National Institute of Health’s Office of Dietary Supplements. It notes there are 100 IU in one cup of fortified milk.

AARP, which referenced an Institute of Medicine report, says seniors should take the following amounts of vitamin D: