The Dangers of Secondhand Smoke 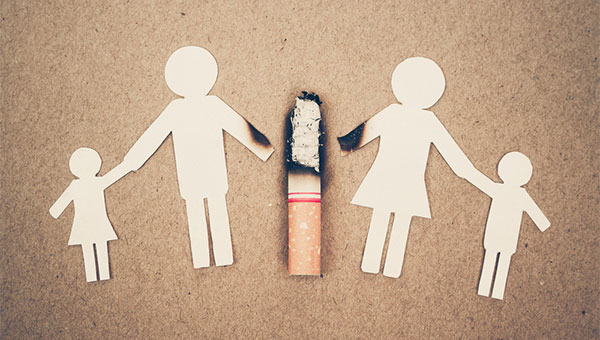 Even if you’re not a smoker, you and your children could face serious health risks from secondhand smoke. When the smoke from someone’s burning cigarette or other tobacco product combines with the smoke that person exhales, it’s known as secondhand smoke, and it has more than 7,000 chemicals, according to the U.S. Department of Health and Human Services (HHS). The agency notes that hundreds of those chemicals are toxic, and approximately 70 can cause cancer.

Smoke can travel within walls, pipes, electrical sockets, even ventilation systems. If children are exposed to secondhand smoke, it slows their lung growth, which can cause them to feel breathless, wheeze and cough, and it increases their risks of several health problems, according to the National Cancer Institute and HHS.

Some of these health risks may include:

The Centers for Disease Control and Prevention says parents can take the following steps to help protect their babies from SIDS:

HHS notes there are things parents can do to help protect children from the health risks of secondhand smoke. They shouldn’t allow anyone to smoke in or near their home, and they shouldn’t let anyone smoke in their car, even if the window is down.