The Risks of the Smartphone Craze 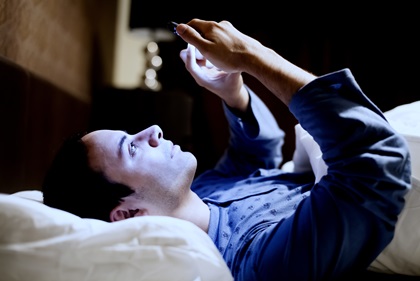 For many, smartphones have become an obsession. People of all ages use these devices at home, at work and at dinner. They even use them while driving. The technology helps people communicate and connect, and it has done so for more than a decade. However, with its benefits, there are also risks.

According to recent studies, smartphones may have a negative impact on people’s overall health. Some of those issues may include:

Scrolling through smartphones and tablets before going to bed, can delay sleep time.

“Smartphones and tablets alike put off blue light, which is known to throw off our sleep-wake cycle,” a recent Forbes article suggests.

In fact, a recent study found that using smartphone devices before bedtime “extends the time it takes to fall asleep, delays the circadian clock, suppresses levels of the sleep-promoting hormone melatonin, reduces the amount and delays the timing of REM sleep, and reduces alertness the following morning,” the study says.

Smartphones help people stay informed. All the information is at their fingertips 24/7…literally.  However, access is also causing an increase in smartphone addiction.

Texting and walking incidents continue to rise. In recent years, we’ve seen many news reports involving accidents of texting and walking.  According to the National Safety Council, there were 5,987 pedestrian fatalities in 2016, an increase of 9 percent from 2015.

“We are losing focus on our surroundings and putting our safety and the safety of others at risk,” NSC includes in its recent report. “The solution: Stop using phones while walking, and not just in crosswalks and intersections.”

The smartphone: A fire hazard

Studies show more than 44 percent of smartphone users sleep with their phones next to their bed or near their pillow. But, that’s not a good idea.

ABC News reported that a Texas teen woke up to a burning smell after she slept with her smartphone under her pillow. The phone partially melted and burned her sheets and mattress.

It’s evident smartphones help people connect with the world around them. However, it’s also important to use caution to avoid these potential health risks.