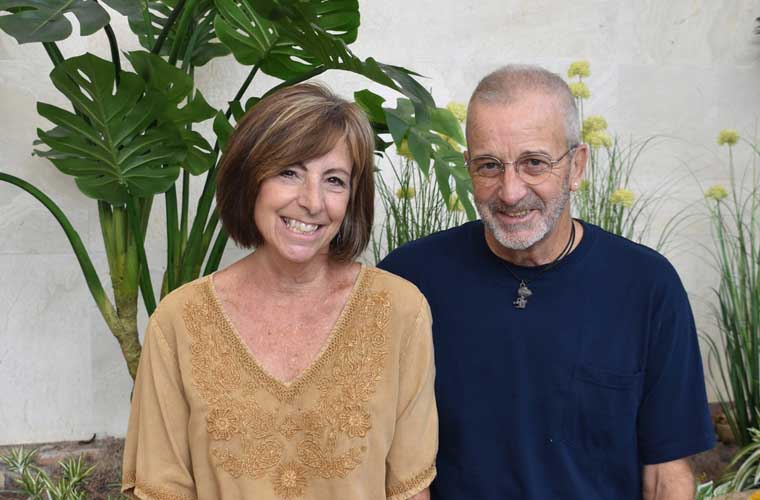 By calling 911, Nancy Burkhart (left) helped her husband, Calvin, get quick treatment for his stroke.

Calvin Burkhart woke up around sunrise on February 19. He poured a cup of coffee and read the paper on the porch. It seemed at first like an average Saturday morning, but when Calvin walked inside, he realized something was wrong.

“My vision went wacky,” he said. “I got a little dizzy.” Calvin had recent spells of nausea, but this time was different. “My stomach didn't feel right. I put my head on the table and called out for Nancy.”
Nancy, Calvin’s wife, was in the other room. When she saw Calvin with his head on the table, his eyes wide open but unable to speak, she knew something serious was happening. She called 911 – a decision Calvin’s doctors say helped save his life.

Calvin was having a stroke, a leading cause of death and disability for Americans, according to the Centers for Disease Control and Prevention. Some 795,000 people in the United States have a stroke each year. The signs and symptoms have inspired the acronym BEFAST. 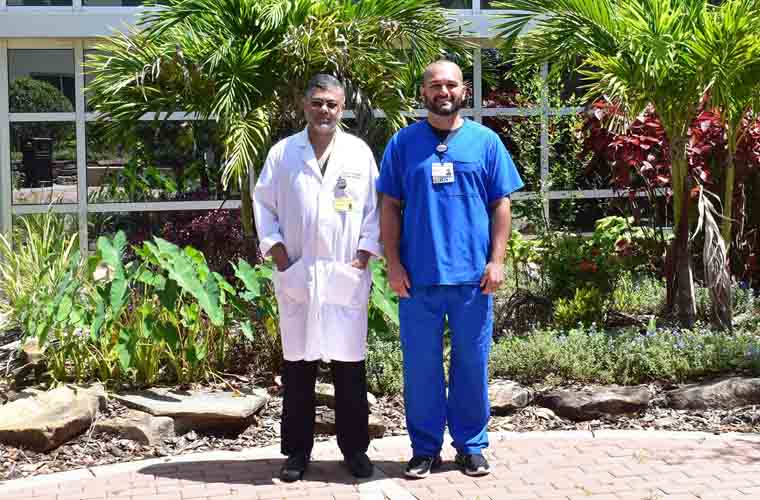 When EMS arrived at the Burkhart’s home, they loaded Calvin into the ambulance and rushed him to Winter Haven Hospital (WHH). EMS called ahead so the WHH emergency department staff could prepare for Calvin’s arrival. Time is of the essence in stroke cases.

Everett Stucky, an ER nurse at WHH, was waiting for Calvin’s arrival with doctors and a pharmacist as part of WHH’s stroke alert team.

“As soon as the ambulance arrived, we got Mr. Burkhart to the CAT scan room so we could assess his condition and decide on appropriate treatments,” Everett said.

Based on the scan, a neurologist connected via telecommunications determined Calvin was a good candidate for thrombolytics, sometimes called “clot busters,” medications used as an emergency treatment for strokes. Calvin was the one of the first patients at WHH to receive a powerful new clot buster being offered across BayCare. He was then moved to interventional radiology where he received a surgical thrombectomy to remove his blood clot.

“Successful thrombolytics and thrombectomy can make all the difference for stroke patients,” said Dr. Sheikh Jasimuddin, an emergency medicine physician at WHH, who was on Calvin’s stroke alert team. “We use an integrated model that involves a team working together to provide timely and aggressive intervention. Thanks to that approach, this patient did really well.”

Calvin did so well that he was exercising when his bedside nurse first walked into his patient room a couple days later.

“That’s pretty unusual in my line of nursing,” said Alexis Fulayter, a nurse on the 7th floor at WHH. “Mr. Burkhart was very engaged and easy to educate about his care. He wanted all the information and aids we could give him.”

Calvin said he felt great following his treatment, although the experience was hard on his loved ones. At one point, his daughter asked to take a photo so she could show Calvin’s family and friends that he was OK. He made a split-second decision to pose like Fonzie from Happy Days – a reference to Matt Damon’s marooned character in The Martian. It was clear to those who know him that Calvin was OK.

Calvin was soon discharged, and it didn’t take long for him to return to work. He said he feels great – he’s even played a few rounds of golf – but he’s taking additional steps to limit his risks moving forward, such as quitting smoking. 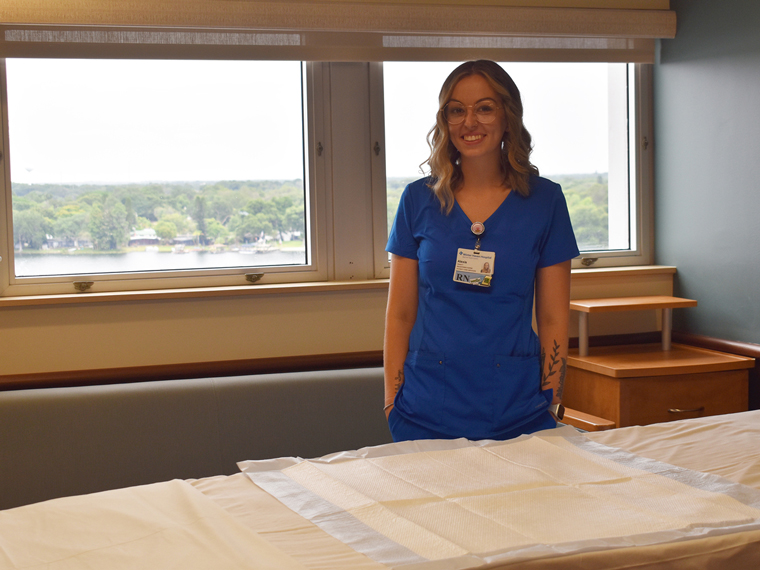 Alexis Fulayter, a nurse on the 7th floor at Winter Haven Hospital, helped Calvin recover from his stroke and work towards decreasing his risk in the future.

“I was extremely happy with the care I got at Winter Haven Hospital,” he said. “From the people in the emergency room to the ICU to the 7th floor, everybody was very good. I commend them greatly. I'd love to have the names of the people who were there to take care of me.”

Well, Calvin, here are a few of our extraordinary team members who cared for you at WHH: