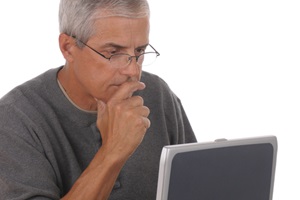 Sleep disorders can be difficult to diagnose, primarily because there are a wide variety of sleep disorders with similar symptoms. To accurately assess your particular sleep disorder and get a personalized treatment plan, the professional sleep technologists at one of BayCare’s Sleep Disorders Centers in the Tampa Bay area can conduct an overnight sleep study, called a polysomnogram.

A polysomnogram monitors how long it takes you to fall asleep and how long it takes you to enter REM sleep, in addition to measuring your airflow, heartbeat, blood oxygen level, brain wave patterns, eye movements, and leg movements. Once the relevant information is gathered, our physicians will evaluate the results and determine which of the following types of sleep disorders you may be suffering from:

Get a Sleep Disorder Diagnosis from BayCare

Sleep disorders can range from mild to life-threatening. If you think you may be suffering from a chronic sleep condition, ask your physician for a referral to undergo an overnight sleep study at one of BayCare’s state-of-the-art Sleep Disorders Centers located throughout the Tampa Bay area. You can also learn more about our sleep disorder services by calling (866) 328-9932, registering for an informational class or event.