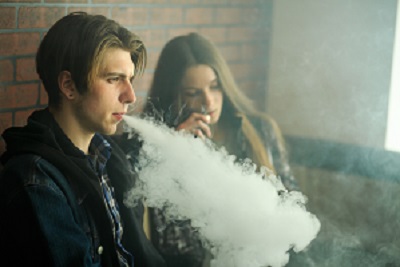 The Centers for Disease Control and Prevention (CDC) recommends individuals stop using vaping or e-cigarette products. Government and public health officials from states and cities across the U.S. are calling for vaping and e-cigarette restrictions and bans.

The controversy with e-cigarettes and vaping, also known as e-hookahs, vape pens and electronic nicotine delivery systems (ENDS), reached a crescendo in the fall of 2019. At that time, the CDC, the Food and Drug Administration, state and local health departments and other clinical and public health organizations announced that they’re investigating a multistate outbreak of lung injuries associated with the products.

Early research by the groups showed more than 500 cases of lung injury from 38 states and one U.S. territory. Seven confirmed deaths were part of the study. All reported cases had a history of e-cigarette or vaping use. Sex and age data on the early research showed:

Especially troubling was another study showing the popularity of vaping by young people. In the study, more than one in four youths between the ages of 12 and 17 said they used an e-cigarette. Vaping and e-cigarettes are currently more popular than any traditional tobacco product.

At the center of the controversy is the role of flavored vape products. Flavors called bubble gum, cotton candy, banana split, apple pie, watermelon, mint, coffee and cherry are thought to lure young people into trying vaping. The CDC reported these patient symptoms during the outbreak that led to the study:

Vaping and E-Cigarette Things to Know