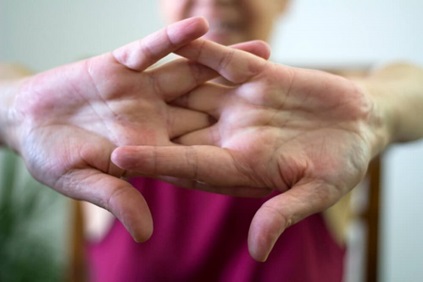 If you’re one of the 54 percent of Americans who crack their knuckles (or other joints), well… you’re obviously not alone. But, why do you pop them? Does it cause harm to your joints? And, what’s that sound, anyway?

Why do we crack our knuckles?

Because it feels good! More specifically, a stiff joint feels looser and has more mobility after stretching and cracking it, and the stimulation of the nerve endings around the joint gives us a pleasant sensation during the actual cracking. Think of it as a tiny version of the big, full-body stretch you might take first thing in the morning—a little “ahhh” for each finger. There also seems to be a nervous habit or even an addictive component to the behavior, so for some of us, it goes beyond a one-time release of pressure

Does popping our joints cause long-term harm?

You have probably heard that if you don’t stop cracking your knuckles, then you’ll may have issues with your joints later on. Numerous studies have shown no ill effects from the habit; in particular, research has shown pretty clearly that it doesn’t cause arthritis.

A couple of studies have shown that aggressive cracking of the joints could cause injury to the surrounding ligaments or a dislocation of tendons—but, really, if we jerk any part of our body too hard, it’s going to get hurt. A single study also concluded that those who crack their knuckles often have less grip strength than those who don’t, but there were many other associated factors that make this “conclusion” seem less than conclusive.

What makes that sound?

The moveable joints in the body (where two bones come together and can bend, twist, etc.) are surrounded by a capsule filled with fluid. When you pull or bend your finger (or whatever joint you’re cracking), you stretch that capsule and decrease the pressure in the fluid, creating a cavity that fills with gas (a bubble). Sometimes, this bubble bursts, which seems to make that popping sound. Because it takes about 20 minutes for these gases to dissolve back into the fluid, you can’t pop that same joint again for a while.

That’s up to you. Again, the action doesn’t seem to cause any real harm, unless you really go too far with it. Habits are notoriously hard to break—which is why they become habits—and most of us have more unhealthy habits in our lives that we could focus that energy on breaking.