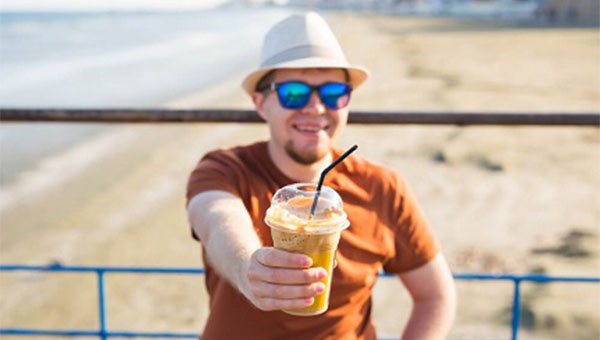 Do you require that caffeine jolt in the morning, or maybe even throughout the day? You aren’t alone. The majority of adults in the U.S. consume this psychoactive drug on a daily basis. Within 30-45 minutes, that first cup of Joe has been completely absorbed into the body, but within three hours you might be looking for a pick-me-up. Caffeine may affect mood, stamina, gastric activity and the cerebral vascular system.

Where Else Can We Get It?

Coffee, tea and soda are the most common sources of caffeine among Americans, but that’s not the only place you can get that extra skip in your step. There are over 60 plants worldwide that contain natural caffeine. Things like milk chocolate, cocoa beans, ice cream, protein bars and energy drinks all contain caffeine. Caffeine can also be found in some supplements and medications. The Food and Drug Administration (FDA) mandates that products that include caffeine list it on their nutrition label.

While it might seem like some people are addicted to caffeine, it’s really more of a dependency. Caffeine acts as a stimulant and can make you feel motivated and alert. If you consume caffeine over an extended period of time, your body gets accustomed to that feeling and creates a dependency. For those who regularly reach for coffee or soda in the morning, skipping that may make you feel sluggish, cause headaches or difficulty concentrating. No need to quit cold turkey; research suggests that the surge in dopamine that’s caused by caffeine intake is small compared to other drugs and stimulants.

How Much Is Too Much?

The FDA and the American Medical Association (AMA) have outlined how much coffee is considered low, moderate, high and heavy.

Both the FDA and AMA suggest that moderate consumption is generally recognized as safe. However, keep in mind the other sources of caffeine that can add up throughout the day.