In Case of Eczema 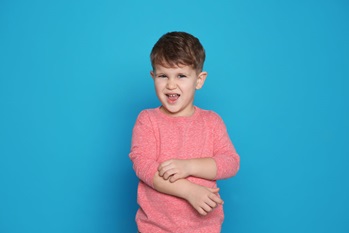 If your child has eczema, he or she is not alone. About 15 to 20 percent of American kids will develop the condition before their fifth birthday.

Eczema is a skin condition that commonly begins in the first year of a baby’s life. In infants, these patches often appear on the cheeks, forehead, scalp, arms and legs. In older children, it’s often limited to the backs of the knees and insides of the elbows. Signs and symptoms include:

Eczema is more like an allergy than a disease, and your child can’t catch it from (or give it to) another child. Eczema is the third element of the allergic march, which also contains allergies and asthma. The most common type of eczema, called atopic dermatitis, seems to be the result of a child’s immune system being overly sensitive to allergens in the environment, though researchers are still trying to learn more. Kids may be more likely to develop eczema if:

How is eczema treated and prevented?

Because it’s believed to be inherited, at least in part, there’s really no way to prevent eczema. But kids who have eczema often have specific triggers that can make it flare up. Identifying and avoiding these triggers can help. Other tips for reducing flare-ups include:

Medical treatment usually involves over-the-counter and/or prescription creams that contain a steroid, sometimes along with antihistamines and other medications. If the skin becomes infected, an antibiotic may be needed. If you think your child has eczema, speak with your pediatrician. If you need a pediatrician, call (888) 487-0183 or find a doctor near you.