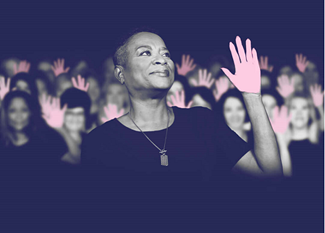 Breast cancer is a hot topic, especially during Breast Cancer Awareness Month. While there’s lots of great information available online and elsewhere, there are also more than a few myths about the causes of breast cancer that never seem to go away. Let’s look at a few of them:

Myth #1: Dairy foods cause breast cancer.
The truth: The source of the concern was a group of studies several years ago that suggested that drinking milk from cows that had been treated with hormones could raise the risk of certain cancers, including breast cancer. Since then, research has found no evidence linking dairy—produced with or without the use of hormones—to breast cancer risk.

Myth #2: Antiperspirants cause breast cancer.
The truth: You can breathe (and smell) easy - research has turned up no evidence that the aluminum or other so-called “toxins” in antiperspirants contribute to breast cancer risk, even if applied right after shaving.

Myth #3: Stowing your cell phone in your bra causes breast cancer.
The truth: Studies have shown that the type of low-frequency energy emitted by cell phones doesn’t damage genes and where you stash your phone makes no difference.

Myth #4: Underwire bras cause breast cancer.
The truth: This long-standing myth was finally put to the test in 2014, when researchers found no difference in risk between women who wore underwire bras and those who chose not to wear bras.

Myth #5: Dying your hair causes breast cancer.
The truth: It doesn’t. The only evidence found that’s even close came from a study that showed that hairdressers who dyed people’s hair several times a day, every day, for years, may have an increased chance of developing bladder cancer.

Myth #7: Eating sugar causes cancer or “feeds” cancer cells.
The truth: It’s true that cancer cells consume sugar faster than other types of cells, but studies have shown no relationship between sugar intake and developing any kind of cancer. It’s worth noting, though, that eating lots of sugary foods can cause weight gain, which can increase the risk of breast cancer.

Myth #8: Mammograms cause breast cancer.
The truth: No, no, no! While significant amounts of some types of radiation can contribute to cancer, the amount of radiation used in a mammogram is very, very small, and the benefit of catching cancer early greatly outweighs any possible risk.

88,331 Women in Tampa Agree That Screening Mammograms Are #InOurHands. Schedule your screening mammogram appointment online at any of our 20 locations.