Breaking Down Barriers to Provide Breast Health Care for All 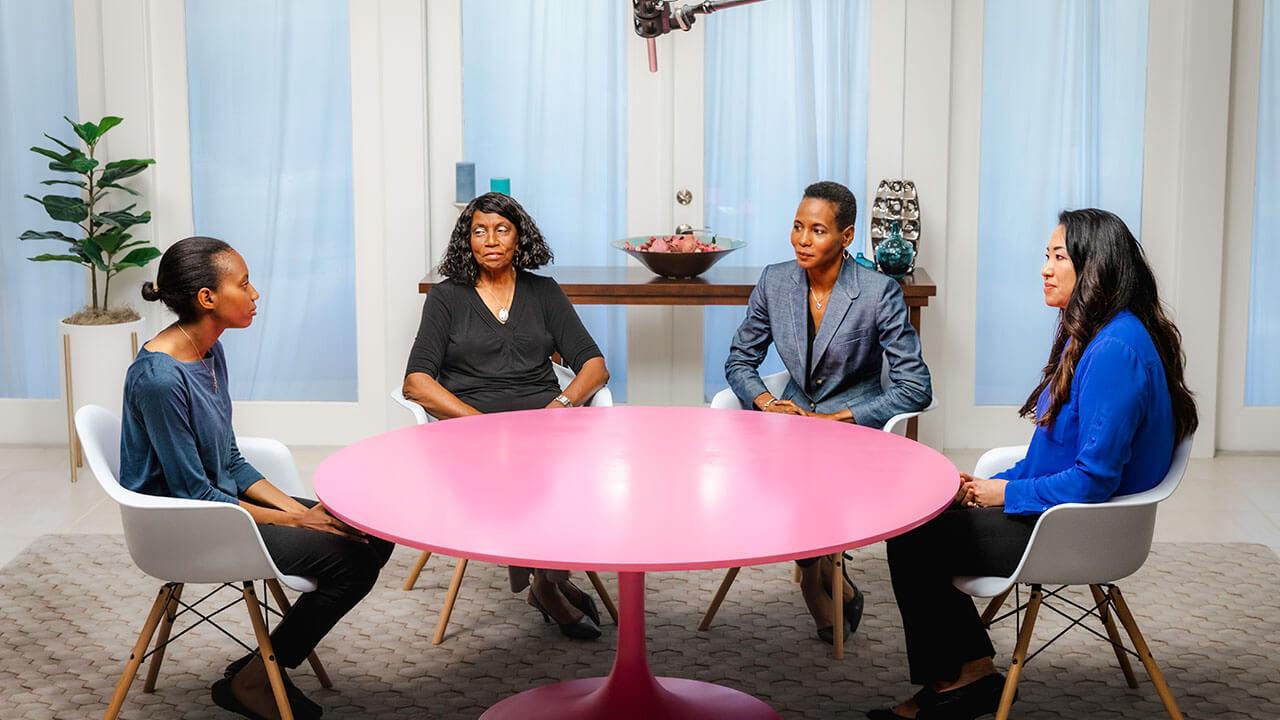 As a physician working in hospice and palliative medicine, Adria Stephens-Cooks, MD, was no stranger to working with breast cancer patients. However, in 2006, she didn’t expect that the patient would be her mother.

“Initially, my heart sank and thoughts of the worst possible outcome ran through my mind,” said Dr. Stephens-Cooks, who is a palliative care physician at Morton Plant North Bay Hospital in New Port Richey. Her mother, Joycelyn Carter, was 66 at the time of her diagnosis.

“I took her for a second opinion and the diagnosis/treatment recommendations were confirmed and she started treatment,” Dr. Stephens-Cooks said.

Ensuring that her mother was receiving the best care was the first thing on Dr. Stephens-Cooks’ mind. But then she began to wonder if her mother’s breast cancer might be hereditary. Could she and her daughter, Alexandra Cooks, also develop breast cancer.

“Absolutely, I thought about that,” Dr. Stephens-Cooks said. “However, my mother’s older age at diagnosis made it significantly less likely to be hereditary,” she said. Indeed, genetic testing was not recommended because of Mrs. Carter’s age at diagnosis. “Also, no other associated cancer such as ovarian cancer was present in our family, therefore her cancer was significantly less likely to be hereditary.”

Recently, the women came together for a roundtable discussion about the diagnosis in BayCare’s continuing series about breast cancer, In Our Hands – Stories of Strength. The family was joined by Miok Ray, an advanced registered nurse practitioner, who said that it is common for families to think that breast cancer might be hereditary. Many people mistakenly believe that most breast cancer is hereditary, but most of it is not, Ray said.

Ray said that only about 5-10 percent of all breast cancers are hereditary.

“So, there’s 90 percent of women that have breast cancer (in which) it’s not a hereditary predisposition,” Ray said. “But there’s things that we can learn about lifestyle and what they can do differently about their diet, and that can help lower their risk of cancer and be screened appropriately, too.”

Dr. Stephens-Cooks said it is important to talk about breast cancer and how it relates to different ethnic groups.

“I know in the African-American community, the mortality rate is 40 percent higher. (It’s important) to think about some of the barriers that cause us not to get the testing that needs to happen,” she said. “And also, when the testing is done, it may be done at a later point in time. So, you’re not catching the breast cancers early.”

Ray said that they do see more aggressive disease in the African American community. “We’re not quite sure why that happens,” she said. “We do also see a little bit of resistance to have genetic testing because they don’t want to know that information or they don’t want to have surgery if they do find out that they have a genetic mutation.”

Dr. Stephens-Cooks, who previously worked as a health educator and holds a master’s degree in public health, said that knowledge is power for patients.

“I have always been an advocate for empowering patients with knowledge and discussing the importance of cancer screening,” she said. “I would simply say, get it done, if not for yourself then for your family. I know there are barriers – cost, transportation, time, fear of the unknown, etc. – but we need to understand these barriers should not stop us from taking control of our health.”

It’s important to talk about your diagnosis so that others will know about it, Mrs. Carter said. “It’s not a secret, you know. Share it.” She added that just talking about it may lead others to decide to get that mammogram.

To see the video of the family’s discussion with Ray and for more information, visit ItsinOurHands.org.