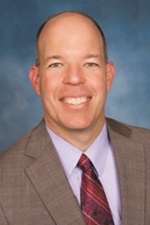 Matt Novak was appointed president of Morton Plant Hospital in August 2022. He most recently served as president of Mease Countryside Hospital and Mease Dunedin Hospital. During his 20-year career at BayCare, Novak has taken on roles of increasing responsibility, including serving as the president of St. Joseph’s Hospital-South.

Prior to his appointment as president of St. Joseph’s Hospital-South, Novak was director of operations at Morton Plant Hospital from 2009-2016. He began his career with BayCare in 2002, working for the Mease hospitals in marketing, public relations and strategic planning.

Novak received a Bachelor of Arts in Communication Arts from the University of West Florida in Pensacola, Florida, and a Master of Health Administration from the University of Phoenix in Phoenix, Arizona. He has served on the American Heart Association Heart Walk Tampa Bay Executive Cabinet, the Leukemia and Lymphoma Society Light the Night Executive Leadership Committee, boards of the Clearwater Free Clinic, Hillsborough Community College Foundation, the West Coast Federal Credit Union and the Pinellas County EMS Medical Control Board. Novak is a 2006 graduate of Leadership Pinellas.

He is an avid boater and is married with one child. 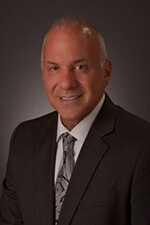