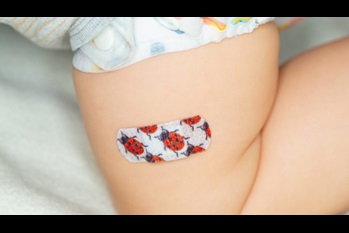 Flu season typically begins around the end of October or the beginning of November, and it can last until well into spring. The U.S. Centers for Diseases Control (CDC) recommends that babies age 6 months and older get vaccinated as soon as the flu shot is available, and the Florida Department of Health recommends that everyone get their vaccinations before the end of October.

Why is the flu shot important?

Young children, especially those under the age of 2, are at high risk of serious complications—including death—from the flu. Since 2010, the CDC estimates that between 7,000 and 26,000 young children were hospitalized every year because of the flu. The flu vaccine has been shown to reduce the rise of death or hospitalization by 50 percent. Some complications can include:

How is the vaccination given?

For babies and children under age 2, the flu shot is the only option, and it’s typically given in two doses, about a month apart. The vaccination can take up to two weeks to fully protect your child from the flu, so it’s important to begin the process as early as possible. For mom and other family members over the age of 2, the nasal spray vaccine is an option. Its effectiveness is usually comparable to the flu shot, although some years it hasn’t been as effective. Your doctor can tell you the best option in a given year.

Who shouldn’t be vaccinated?

There have been concerns in recent years about the flu vaccination. One of these is that a preservative called thimerosal can cause autism. Extensive research has shown that this isn’t true, and the vaccines given to children don’t contain thimerosal, anyway. Another common myth is that you can catch the flu from the flu vaccine. This also isn’t true, although sometimes people do have a low-grade fever later in the day after receiving the vaccine, but this is only a minor inconvenience.