Making Care Better for All 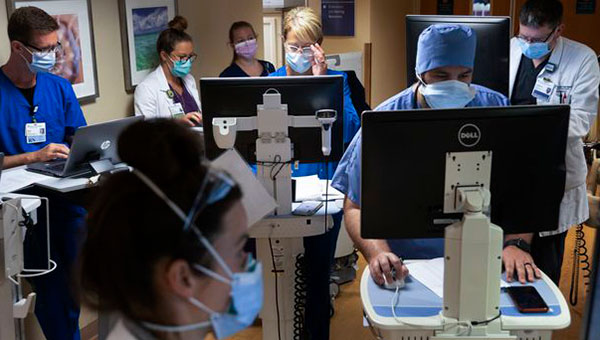 Hospital patients are familiar with the “4 a.m. stick.” They are soundly sleeping when suddenly, a light is switched on and a voice announces, “Time for your blood draw.” Most have wondered, “Why now?”

It’s a good question and one of hundreds that leading health care systems like BayCare are examining in a movement called “care transformation.” BayCare is asking “Why?” about all kinds of medical processes, procedures and habits to determine if care can be delivered to patients more comfortably, more efficiently, more affordably and with better outcomes.

“We’re stopping and asking, ‘Is there a better way to do this?’” said Nishant Anand, MD, BayCare executive vice president and chief medical officer. “We’re examining everything we do to help our patients — from arrival in the emergency room to 30 to 60 days after hospital discharge.”

Today, the availability of data combined with modern data analysis techniques can be leveraged to reveal the treatments that lead to the best outcomes as well as processes that need to change. Care transformation is about making those changes a priority.


Employees at this community hospital endured years of revolving-door ownership by for-profit companies before not-for-profit BayCare purchased it in 2016. The video below tells what happened next.

“It’s questioning ourselves, challenging ourselves against our traditional ways of providing care,” said Emily Scott, BayCare senior vice president and chief transformation officer. “We provided care a certain way and we did it for certain reasons, but do we still need to do it that way or is there a way to do it that is more effective?”

As BayCare focused on care transformation during 2021, it reduced unnecessary utilization of tests; improved collaboration and communication among care teams; shared more evidence about best treatment practices with clinical team members; and put aside the assumption that a hospital is always the best place to deliver care.

“What it boils down to is the right care at the right time in the right place and at the right cost,” Scott said, “and ensuring that we’re thoughtful in placing patients where they need to be and that we’re efficient at doing it.”

One key method for improving care: reduce variation in treatments provided to patients with the same illnesses. BayCare developed written “clinical pathways” that spell out the optimal treatments for major conditions such as heart failure and hip fracture and provided the clinical evidence to support those best practices.

The effort has even included writing extended pathways to help guide the patient, patient’s caregiver and patient’s regular doctor after hospital discharge.

So far, improved metrics for length of hospital stay and readmissions indicate that the written pathways are having a positive impact on patient outcomes, Scott said.

BayCare has seen additional clinical benefits when patients are treated according to the new written processes, including:

Patients treated in BayCare hospitals now may experience fewer tests and blood draws. They may notice all their hospital caregivers following a systemic plan of care. And they may learn that as early as day one of their hospital admission, the team began working on a post-discharge care plan designed to promote their continued healing at home.

BayCare’s work to transform care will continue, Dr. Anand said. “It stems from a deep-rooted drive to make sure the people of Tampa Bay have the best care and the best outcomes possible.”
Throughout 2021, BayCare and its hospitals received national recognition for exceptional performance in the areas of patient care, clinical outcomes, patient experience and safety. Read more about those awards and rankings here. 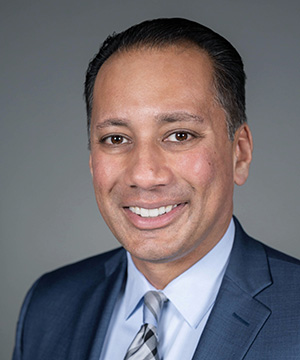 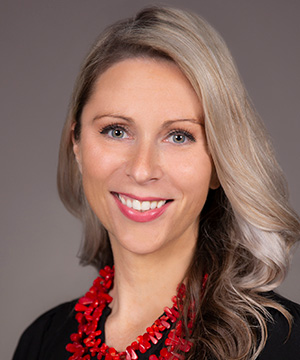 As a nursing student in 2003 at Bartow Regional Medical Center (BRMC) in Polk County, Brandon Stephens never expected to find a fulfilling career there. His technical school cancelled his clinical training rotation at the hospital due to quality concerns.

Fast forward 18 years and much has changed. Stephens is proud to be a registered nurse at the Bartow hospital, which was named a Fortune/IBM Watson Health 100 Top Hospital in 2021.

BRMC ranked sixth of 20 hospitals in the small community hospitals category, scoring in the 99th percentile overall in quality of care in comparison with more than 800 other small hospitals nationwide. The hospital also has earned a five-star rating from the Centers for Medicare and Medicaid Services (CMS) and launched nationally recognized heart and robotics programs.

These designations are validation of more than a half decade of hard work since BayCare, West Central Florida’s largest not-for-profit health care provider, purchased BRMC. Previously, BRMC had experienced revolving door leadership amid changes by for-profit owners. Now the small, 72-bed hospital is a true asset for the community.

Phil Minden was the last leader hired to run BRMC while it was for-profit, and he stayed after BayCare acquired it in 2016: “We were told you couldn’t get a better system to take care of your hospital.”

Almost immediately, new ownership meant investment — in facilities and equipment, in physician relationships and in team members. In the first year alone, BayCare spent $8.5 million to replace a perennial leaky roof, renovate some areas and buy equipment. Since purchasing the hospital in 2016, BayCare has poured a total of $25.3 million into capital improvements at BRMC.

“That was how we knew they were serious about this partnership, and it helped convince team members that this was an organization that cared,” Minden said.

Dr. Jeremy Katzmann was the chief of the medical staff during the transition, and is also affiliated with The Watson Clinic, a large Lakeland-based physician practice. He remembered physicians being skeptical, after the revolving door of for-profit ownership at BRMC.

“A lot of that changed when we began to see that BayCare was serious about giving us what we needed to care for our patients,” Dr. Katzmann said. “I am still so grateful to BayCare and the executive leadership for coming to the hospital, sitting down with us and asking us what we needed. It was really refreshing.”

Another value-add: Quality improvement efforts initiated by Minden upon his arrival now had the support of BayCare’s own quality infrastructure that vigilantly measures patient outcomes to identify opportunities for improvement. From administrators, who regularly round through the hospital, to frontline team members, those efforts are reinforced daily. And various recognition programs, such as The DAISY Award® for Extraordinary Nurses, routinely celebrate team members delivering exceptional care

By 2019, Minden would move on to become the president of BayCare’s St. Joseph’s Hospital-South and BRMC’s current president, Karen Kerr, was named. Brandon Stephens also had come back to work at BRMC, where he’s been recognized as a DAISY Award winner.

Kerr continued the drive for improvement and expansion of services, including a STEMI program, which quickly diagnoses and treats patients having an active heart attack; more surgical services; and a Center of Excellence for robotic surgery.

The Top 100 designation “was a testament to everyone who worked so hard for so long,” said Kerr. “You can’t do all of that without the support of a strong organization dedicated to clinical excellence. I’m so excited to see what the next five years bring.”