Staying active in our middle and older ages could reduce our risk of early death, according to a large study published last year in the British Medical Journal. And, the benefit is there no matter how much (or how little!) we exercised in the past, and regardless of any pre-existing health conditions. That means it’s never too late to start exercising!

Public health recommendations suggest that everyone should strive for 150 minutes of moderate exercise each week. Meeting this recommendation, according to these researchers, could prevent up to 46% of deaths due to lack of physical activity.

There have been many studies in the past linking exercise to reduced risk of certain cancers, cardiovascular disease and death. But this study was one of the few looking at long-term changes in exercise patterns and their link to a lower risk of death later on.

The researchers used existing data from a total of 14,599 women and men between the ages of 40 and 79, who had been a part of the European Prospective Investigation into Cancer and Nutrition-Norfolk study in the 1990s.

In this study, participants’ physical activity was assessed a total of four times over a span of nearly eight years, using a set of questionnaires that were aligned with measurements taken to assess movement and heart rate. This physical activity included job-related tasks, such as sitting at a desk, working while standing, physical labor and heavy manual labor, as well as leisure activities like sports, recreation and cycling.

Certain risk factors were examined for several more years, up to 2004. From there, the participants were followed for an average of 12.5 years to assess their mortality rates.

During the time of the study, a total of 3,148 participants died, including 1,091 cancer-related deaths and 950 deaths related to cardiovascular disease.

Even after controls were put into place to account for the current level of physical activity, as well as risk factors like weight, diet, blood pressure, cholesterol level and medical history, it was found that greater levels of exercise and increases in exercise over time were linked to a lower risk of death. 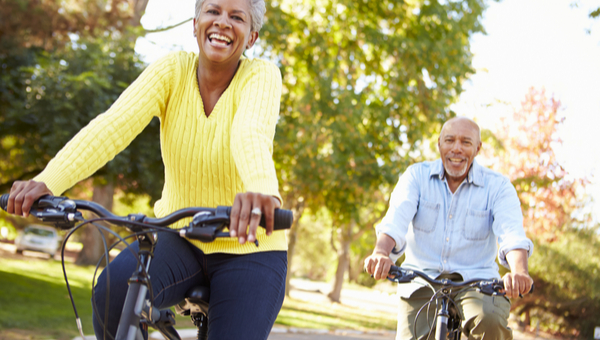 In fact, researchers found that for those participants who reported no physical activity at the beginning of the study, who then went on to gradually meet the recommended level of physical activity over the course of five years, the risk of death from any cause dropped by 24%, while the risks of dying due to cancer and cardiovascular disease went down by 11% and 29%, respectively.

These results were seen regardless of participants’ history (or lack thereof) of cancer and cardiovascular disease. In addition, those who gradually increased their physical activity over time had a reduced risk of death from any cause, no matter their past level of exercise, when compared to those who continued to stay inactive.

The greatest benefits, however, were seen in those participants who were already highly active, and then went on to become even more active—their risk of death from all causes dropped by 42%.

Because this was an observational study, using data gathered during a different study several years prior, researchers cannot say for certain that increased exercise caused the reduced risk of death. But it was a large study that continually monitored participants over several years and controlled for several known risk factors, so the results are quite encouraging, especially for middle-aged and older adults who may have cancer or cardiovascular disease already, and support the general idea that physical activity benefits everyone.