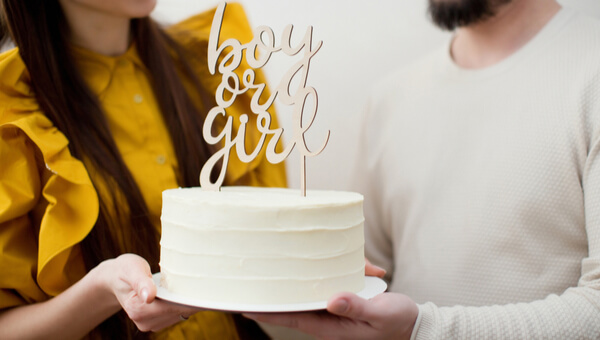 Whether you plan to find out the gender of your baby before he or she gets here, or not, you probably wonder from time to time whether you have a little girl or a little boy growing in your belly. Because many of us just can’t wait until that 20-week ultrasound (and because billions of babies were born before such ultrasounds even existed), lots of myths and old wives’ tales exist that might (but probably not) help you predict your baby’s gender.

Your appearance while pregnant

According to those old wives:

If you’re carrying your baby high, it’s a girl. If baby’s hanging low, it’s a boy.

Carrying a round, ball-shaped bump means a boy. Carrying a wider load “all over the place” suggests a girl.

If your left breast is larger than your right, you’re having a boy. If the opposite is true, it’s a girl.

Healthy-looking skin and thick, shiny hair mean you’re having a boy. The opposite means it’s a girl (because supposedly, girls steal their mothers’ beauty).

Morning sickness
Here’s one that’s actually been shown to predict fairly well: moms who have more severe morning sickness early in pregnancy, as well as those who are nauseous pretty much their whole pregnancy, are more likely to be pregnant with a girl. It seems to have something to do with increased hormone levels.

Cravings
If you’re craving sweet treats, you’re having a girl (sugar and spice and all that). If your cravings tend more toward the salty and/or sour, then it’s a boy (due to the snails and puppy dog tails, of course).

Mommy brain
Some research has shown that moms who are carrying girls seem to be more forgetful than those pregnant with boys.

An old myth says that if Dad packs on the weight right along with Mom during her pregnancy, then the baby will be a girl. (One small study in Denmark actually showed this to be true!)

Some age-old myths suggest that:

According to legend, this 700-year-old gender predictor has a 90 percent success rate! Simply find the month baby was conceived on the left, and then your age at the time of conception at the top. Where the two lines meet tells you if it’s a boy or a girl. 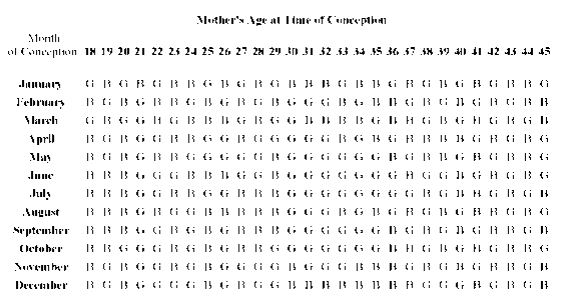 We can (almost) guarantee that each of the above gender prediction methods is at least 50 percent accurate. So have fun—but don’t paint the nursery just yet!